It will take at least a week for more vaccine doses to arrive in the province, as being reported. 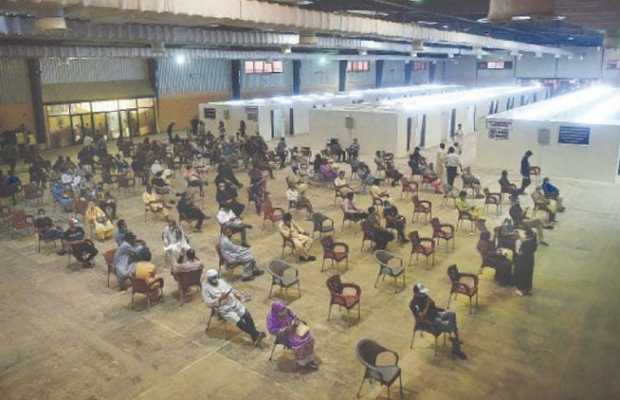 Amid the ramped-up mass coronavirus vaccination drive, a shortage of several vaccines is being witnessed in Pakistan’s economic hub.

Now there is a shortage of the Sinopharm, Sinovac, and AstraZeneca vaccines for those getting their first jab while there are reported to be a sparse number of jabs available for those seeking a second dose.

According to the Sindh Health Department officials, vaccine reserves have been exhausted at Expo Centre, Dow Ojha Hospital, and Sindh Government Children Hospital, while supplies to inoculation centres at New Karachi, Liaquatabad, and Lyari have been suspended.

The officials said the first dose of Sinopharm, Sinovac, and AstraZeneca vaccines are not being administered, while a short supply of jabs was available for those seeking a second dose.

The majority of the people are now being administered the Moderna vaccine, the officials said.

It will take at least a week for more vaccine doses to arrive in the province, as being reported.

Vaccine centers in Karachi saw a huge crowd after the government announced penalties for the unvaccinated, including blocked mobile SIMs and barred access to offices, restaurants, shopping malls, and transport.

Queues for inoculations stretched more than a kilometer at Expo Center Karachi was witnessed during the last week.

The health department officials said that now people have started visiting other nearby and drive-through vaccination centres after the government had increased the number of inoculation centres.

Furthermore, twelve mobile hospitals of the Sindh health department have been converted into mobile vaccination units to administer the COVID-19 vaccine in different areas.

Sindh government’s spokesperson Murtaza Wahab in his Tweet on Wednesday said that the process of vaccination has been expediting in the province and 290,469 people received the vaccine jabs.

On 04.08.2021, a total of 290,469 citizens received #COVID19 vaccine in province of #Sindh. The number of vaccination has sharply increased over the last few days. Thank u people of Sindh 🙏 for the support & patience. Thank u brave #HealthWorkers for all the efforts #SindhFacts pic.twitter.com/iL0JVEcOVb