However, passengers faced difficulties due to improper arrangements at the bus stops on the first day of the launch. 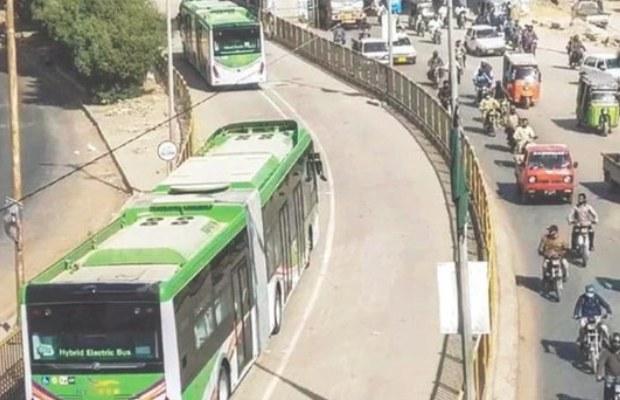 Karachi on Saturday, Dec 25 finally got the Green Line Bus Service running but pan and gutka chewers are not allowed to ride!

Initially, the Green Line bus service will be operational for four hours from 8:00 am to 12:00 noon with the fares that would range between Rs15 to Rs55.

However, the ticketing system of the Green Line bus has come to a standstill due to the non-availability of tickets, trouble due to overcharging, and inactive bus stops.

The first bus went off carrying passengers from Sarjani Town to Abdullah Chowk and reached at 8:22 pm at Haideri Bus Station.

The initial ticket price for the travel is fixed between Rs20 and Rs25 and 250 people can easily be accommodated on each bus.

As being reported, the commuters raised a hue and cry after they were charged Rs55 for the journey, which invited scathing criticism from the passengers.

On the other hand, Sindh Governor Imran Ismail has unveiled some Dos and Donts for traveling on the newly-launched Green Line Bus.

Governor Sindh has announced that the pan and gutka chewers are not allowed to ride the buses as they would make the vehicles ‘dirty’.

Imran Ismail further said that passengers must brush their teeth before travelling on the newly inaugurated bus service.

He was talking to media persons earlier in the day along with the Sindh chief minister after the change of guards ceremony at the founder of Pakistan Quaid-i-Azam’s mausoleum in Karachi.

“From today, the eleven stations will have a 4-hour service from 8 to 12 o’clock in the morning. Inshallah, as announced earlier, from January 10, all the stations will start working from morning to evening,” he added.

tweet
Share on FacebookShare on TwitterShare on PinterestShare on Reddit
Saman SiddiquiDecember 25, 2021
the authorSaman Siddiqui
Saman Siddiqui, A freelance journalist with a Master’s Degree in Mass Communication and MS in Peace and Conflict Studies. Associated with the media industry since 2006. Experience in various capacities including Program Host, Researcher, News Producer, Documentary Making, Voice Over, Content Writing Copy Editing, and Blogging, and currently associated with OyeYeah since 2018, working as an Editor.
All posts bySaman Siddiqui