Authorities in Karachi have imposed a micro smart lockdown in five towns of District Central in view of emerging Covid-19 hotspots in various areas.

The notification said that at least 85 confirmed coronavirus patients live in the district.

An order issued by the officially listed residences in the five towns whose relevant streets will be sealed to contain the virus.

The movement of people residing in the listed areas will be strictly restricted.

All business activities will remain suspended in these areas, while a ban has also been imposed on gatherings.

While only grocery shops/convenience stores and pharmacies will be allowed to remain open during specific timings.

The district administration has also made it mandatory for people to wear face masks in these areas and told them to avoid unnecessary movement. 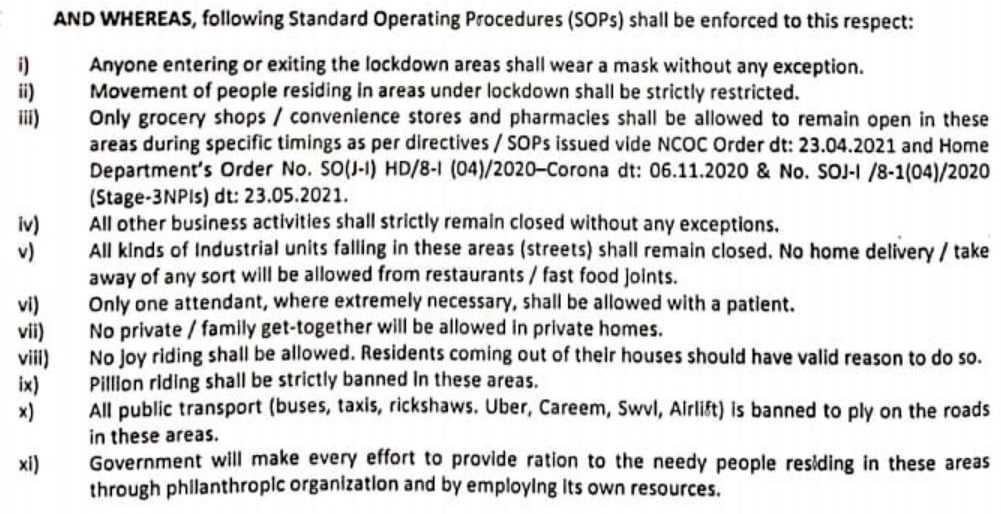 A day earlier, four confirmed cases of a coronavirus variant first identified in India have been reported in Sindh.

All four people had returned from the Gulf and tested positive upon arrival at the Karachi airport, Parliamentary Secretary on Health Qasim Soomro revealed Monday.

“Three of them had come from Iraq while another arrived from Muscat,” Jatoi said, adding that three belong to Karachi and one is from Ghotki.

They have been quarantined and tests of their family members are also being conducted, he said.