Karachi NA 249 by-polls: Who will win? All eyes set on polling results

The ECP has declared 184 polling stations highly sensitive and 92 others sensitive. 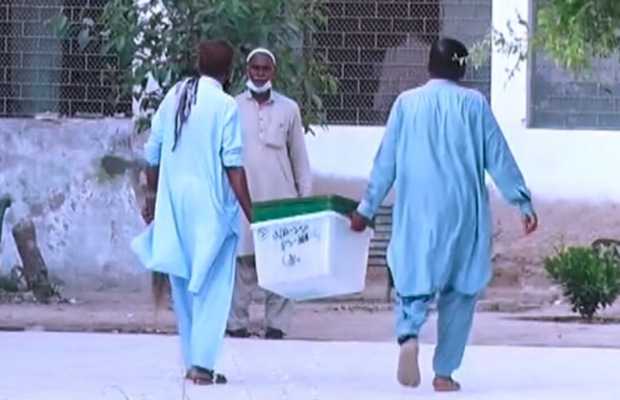 All eyes are set on Karachi NA 249 by-polls as the National Assembly seat fell vacant after PTI’s Faisal Vawda resignation.

The voting for the by-poll in the NA-249 constituency begun at 8 am and continued till 5 pm without any interval on 276 polling stations.

The Election Commission of Pakistan (ECP) has declared 184 polling stations highly sensitive and 92 others sensitive.

The areas in the constituency include Delhi Colony, Mujahid Colony, Baldia, and Saeedabad, while the prominent ethnic groups in this working-class neighbourhood comprise Urdu-speaking people, Pashtuns, Kashmiris, and the Seraiki-speaking lot.

ECP  has said that during the by-elections in Karachi today, five PTI MLAs have been ordered to be removed from NA-249.

The Election Commission took stern notice of the presence of these members of the Assembly and the violation of election laws.

A letter was written by the Election Commission to the police officials to deport these members of the Assembly.

tweet
Share on FacebookShare on TwitterShare on PinterestShare on Reddit
Saman SiddiquiApril 29, 2021
the authorSaman Siddiqui
Saman Siddiqui, A freelance journalist with a Master’s Degree in Mass Communication and MS in Peace and Conflict Studies. Associated with the media industry since 2006. Experience in various capacities including Program Host, Researcher, News Producer, Documentary Making, Voice Over, Content Writing Copy Editing, and Blogging, and currently associated with OyeYeah since 2018, working as an Editor.
All posts bySaman Siddiqui