The murder suspect Nisar, who is the son of a former bureaucrat, reportedly holds a Swedish nationality, and utilized his foreign passport to flee Pakistan.

In latest development, Karachi police has decided to contact the International Criminal Police Organisation (Interpol) for apprehending the suspect on large.

As reported, Karachi police has approached FIA to ask Interpol for assistance in this regard.

According to the police source, Nisar on Tuesday night  took an international airline flight for Sweden via Istanbul.

The suspect used his Swedish passport to run away from Pakistan, police sources shared.

Read More: Policeman shot dead by a car driver who turns out to be Ex-deputy commissioner’s son

The travel history of the murder suspect in question has come to light. 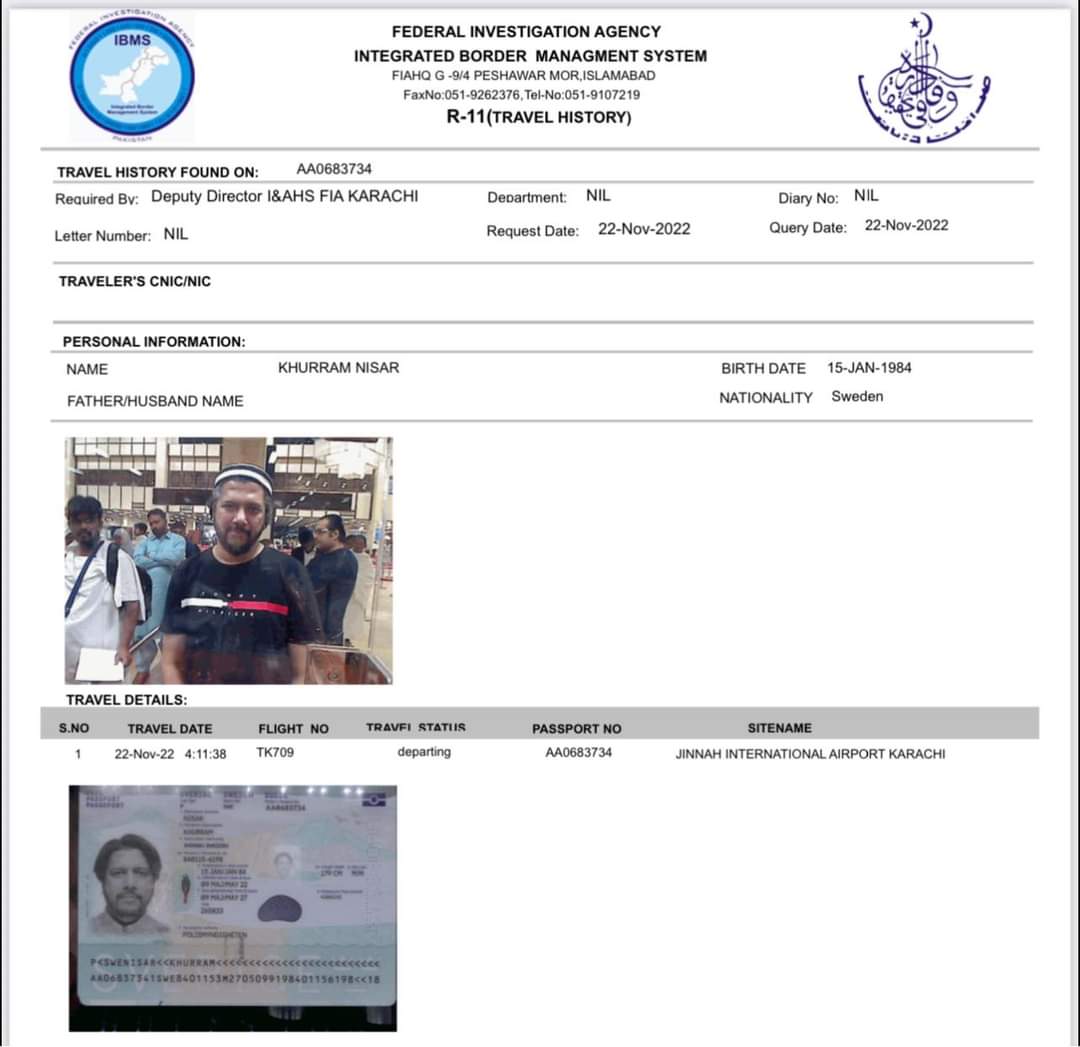 DIG South Irfan Baloch in a conversation to local news channel said the police have initiated a legal process to arrest the suspect, who reportedly holds Swedish nationality.

“We are writing to the director general of passports for seizing his passport and we are also approaching the FIA (Federal Investigation Agency) for contacting Interpol,” he said.

On the other hand, Nisar’s parents have “disowned” him and claimed that they have no idea about the suspect’s whereabouts.