The present heatwave is likely to continue till Sunday. 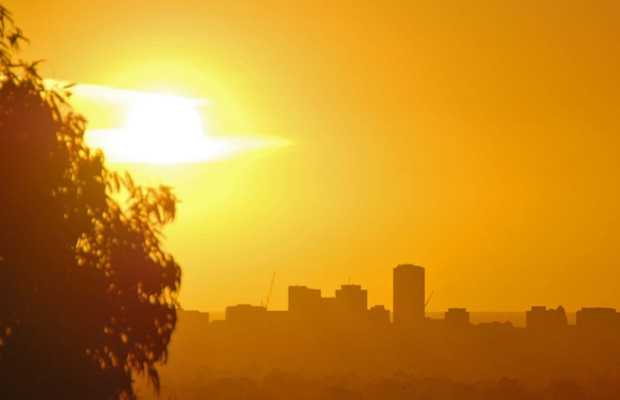 Karachi on Saturday has recorded the hottest day since 1947 as the mercury in the metropolis hits 44°C during the day.

The metropolis has been facing high temperatures for the last two days, but Saturday saw the record-breaking hottest day.

While the humidity level on Saturday, in Karachi was 6%.

According to the metrological department, the last time the temperature in Karachi had crossed 44°C was on April 14, 1947.

Met predicted that on Sunday, the temperature is likely to stay between 36°C till 38°C.

And from Monday onwards, Karachi’s temperature may fall further. Met forecasts the temperature to remain between 34°C till 36°C.

The people of Karachi do not miss any opportunity to serve the citizens, and during this hottest day and ongoing heatwave, many came forward offering cold water to the people on the roads.

While anonymous people placed water coolers for the public to drink chilled water and sherbet. 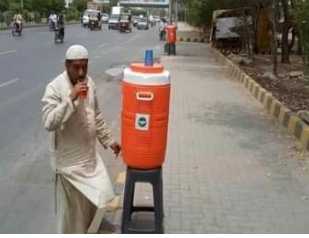 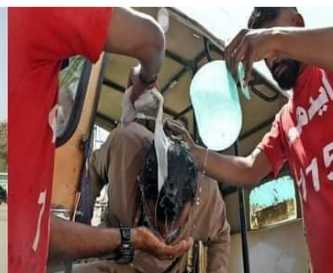 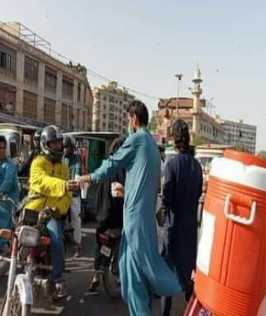 Had to go to the ATM early this afternoon. Even though it’s located on the ground floor of my building, going outside was a horrible experience. Karachi’s temperature is a staggering 42 C today. Also, it’s uncharacteristically dry out there. Don’t step out if you can help it!

just went out after a day and damn, this Karachi weather is hotter than the girls on tinder.

Its 43 Celcius in Karachi right now. Please stay hydrated and take care of yourselves. Make sure to provide water to birds on the roof.#Karachiheatwave#karachiweather #Summershavearrived

Baby it's cold outside… pic.twitter.com/OGzHOBbZsY

Pakistan Meteorological Department (PMD) on Tuesday had issued a warning regarding the first heatwave of the season which was expected to hit many parts of the country during the current week.

According to the PMD spokesperson, mainly hot and dry weather is expected during the week.

While heatwave conditions were likely in most plain areas of the country.

tweet
Share on FacebookShare on TwitterShare on PinterestShare on Reddit
Saman SiddiquiApril 3, 2021
the authorSaman Siddiqui
Saman Siddiqui, A freelance journalist with a Master’s Degree in Mass Communication and MS in Peace and Conflict Studies. Associated with the media industry since 2006. Experience in various capacities including Program Host, Researcher, News Producer, Documentary Making, Voice Over, Content Writing Copy Editing, and Blogging, and currently associated with OyeYeah since 2018, working as an Editor.
All posts bySaman Siddiqui