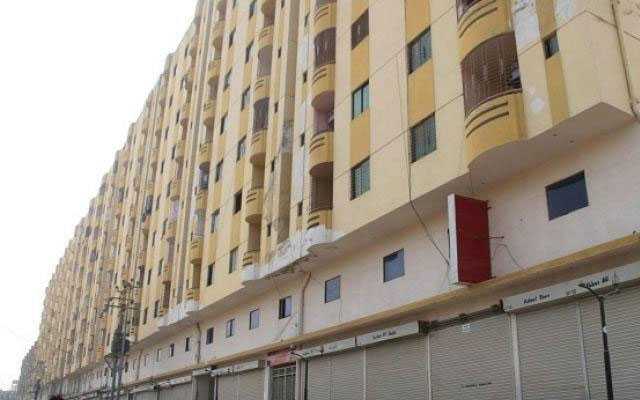 In the SBCA notice, the tenants and occupants were asked to empty the building on the orders of the Supreme Court - OyeYeah News
1Share
646Views

The residents of ‘Moon Garden building’ in Karachi have been issued a notice by Sindh Building Control Authority (SBCA) to empty the place within seven days, reports media.

As per the notice issued on February 4, 2020, to the residents of Moon Garden, they have to empty the building on February 11 as the deadline expires on February 10.

In the SBCA notice, the tenants and occupants were asked to empty the building on the orders of the Supreme Court.

“Action will be taken against them if they fail to comply”, the notification said.

Earlier, in 2015, it was reported that one part of the Moon Garden building had been constructed illegally on the land of Pakistan Railways Employee’s Co-operative Housing Society.

The matter was revealed after a case was filed against the building in the Sindh High Court. Later, a survey by SBCA found out that the housing project was built in violation of the building plan and the proprietor didn’t obtain any NOC for it.

The high court ordered the building to be evicted and then demolished.

The builder and the residents of the building then moved the appealed to Supreme Court for a stay order on their eviction later the court approved their request.

In March 2019, Supreme Court withdrew its order after the builder failed to deposit Rs10 crores as surety.

Later in January 2020, the Pakistan Railways Employee’s Co-operative Housing Society penned a letter to the executive officer of the Faisal Cantonment Board about the building issue.

“8 residential plots, measuring 240 square yards each from A-41 to A-48, and the commercial land measuring 7,960 square yards falls within the limit of the Cantonment Board Faisal,” wrote in the letter.

Subsequently, the society asked the authorities to demolish the illegal structure.