Karachi to get more rain from August 29 to 31, MET forecast monsoon’s new spell

The PMD advised all concerned authorities to remain alert ahead of the new spell. 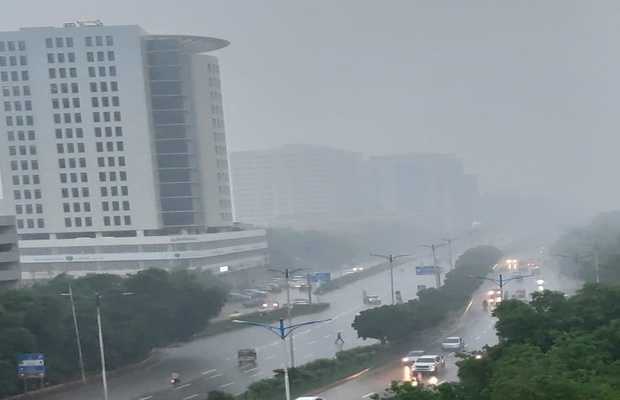 Karachi to receive heavy rainfall with thunder, lightning, and gusty winds from August 29 to 31.

A new monsoon spell will enter the city on Saturday after which more rain is forecast from Saturday night. It will last until Monday morning, according to a new advisory issued by the Met Department.

Reportedly “THE KALAHARI CONVOY” key is the next system in the Arabian sea. 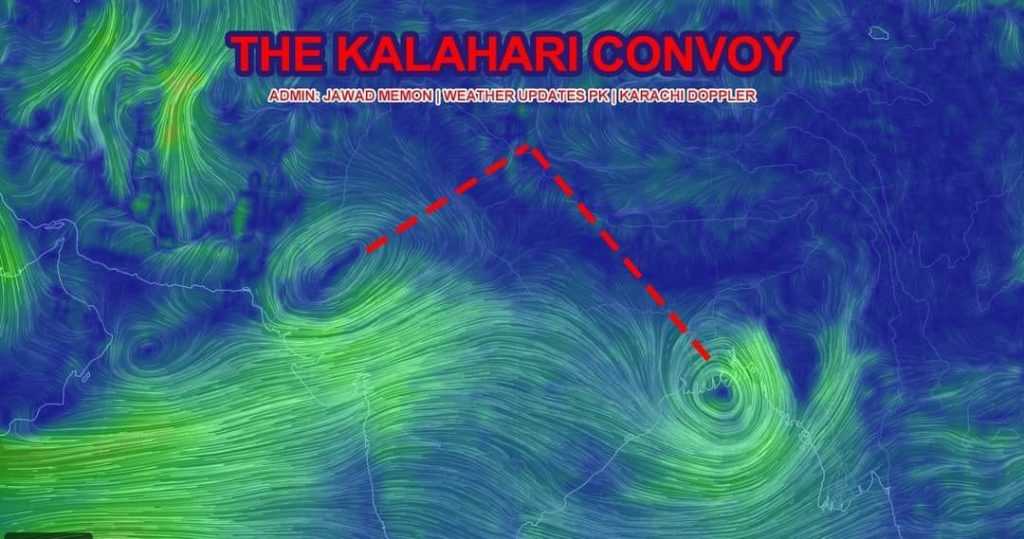 The latest rain-bearing system is likely to enter Sindh tomorrow and will cause rains in Sindh and Balochistan from Saturday to Monday, the Pakistan Meteorological Department (PMD) said in a weather advisory.

Under the influence of the system, rain/wind thundershowers, with isolated heavy to very heavy falls, are expected in Karachi, Hyderabad, Thatta, Badin, Shaheed Benazirabad, Dadu, Tharparkar, Nagarparkar, Mirpurkhas, Islamkot, Umerkot, Sanghar, Sukkur and Larkana from Saturday evening till Monday, according to the advisory.

Chief Meteorological Officer (CMO) of Pakistan Meteorological Department Sardar Sarfraz said that Karachi had received unprecedented heavy rain due to the interaction of a monsoonal system in Sindh and a westerly wave from Balochistan on Thursday.

“In 15 hours from Thursday morning till night, over 230 mm of rain was recorded which was never observed ever before in such a short spell of time,” he said.

The Met Office has confirmed that the 90-year record of monsoon downpour was broken after the most amount of rainfall in Karachi in August this year.

tweet
Share on FacebookShare on TwitterShare on PinterestShare on Reddit
Saman SiddiquiAugust 28, 2020
the authorSaman Siddiqui
Saman Siddiqui, A freelance journalist with a Master’s Degree in Mass Communication and MS in Peace and Conflict Studies. Associated with the media industry since 2006. Experience in various capacities including Program Host, Researcher, News Producer, Documentary Making, Voice Over, Content Writing Copy Editing, and Blogging, and currently associated with OyeYeah since 2018, working as an Editor.
All posts bySaman Siddiqui