Karachi to get rain and dust storm tomorrow, MET predicts

The temperature in Karachi ranged between 38 and 40 degrees Celsius today (Thursday). 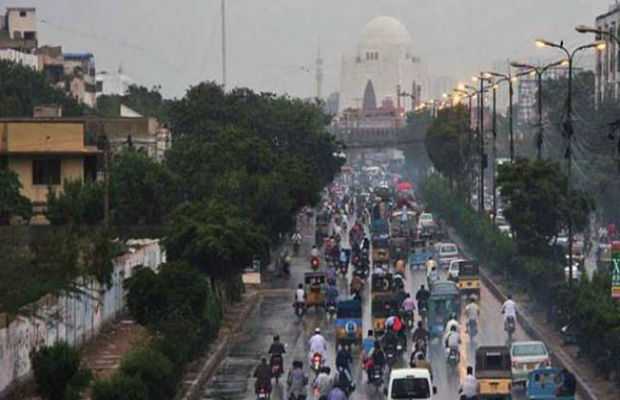 Some areas of Sindh, including Tharparkar, Badin, and Thatta have already received some rain - OyeYeah News
0Share
173Views

The Pakistan Meteorological Department on Thursday has predicted rain and thunder in Karachi from tomorrow.

According to MET director, Sardar Sarfaraz, the second spell of this season would last a day or two and would be preceded by dusty winds.

“Initially we had said that the second spell would start from July 15 but then the situation changed and it appeared that it would start after July 20”, said director MET.

“A similar low-pressure area has developed almost in the same place as in the first spell, around the Indian Rann of Kutch and the Arabian Sea,” he said.

Some areas of Sindh, including Tharparkar, Badin, and Thatta have already received some rain.

“There might be light rain in areas of Karachi tonight and it is expected that there will be thunder and rain along with strong winds from tomorrow”, he added.

The temperature in Karachi ranged between 38 and 40 degrees Celsius today (Thursday) but it would considerably be reduced after rainfall tomorrow.

tweet
Share on FacebookShare on TwitterShare on PinterestShare on Reddit
Saman SiddiquiJuly 16, 2020
the authorSaman Siddiqui
Saman Siddiqui, A freelance journalist with a Master’s Degree in Mass Communication and MS in Peace and Conflict Studies. Associated with the media industry since 2006. Experience in various capacities including Program Host, Researcher, News Producer, Documentary Making, Voice Over, Content Writing Copy Editing, and Blogging, and currently associated with OyeYeah since 2018, working as an Editor.
All posts bySaman Siddiqui