Khabib who is a practicing Muslim from the Republic of Dagestan, in an Instagram post, shared a photo of the French President with a boot print over his face with a caption written in Russian and Arabic, along with a verse from the Holy Quran.

He said: “May the Almighty disfigure the face of this creature and all its followers, who, under the slogan of freedom of speech, offend the feelings of more than one and a half billion Muslim believers. May the Almighty humiliate them in this life, and in the next. Allah is quick in the calculation and you will see it”.

“We are Muslims, we love our Prophet Muhammad (peace and blessings of Allah be upon him) more than our mothers, fathers, children, wives, and all other people close to our hearts. Believe me, these provocations will come back to them, the end is always for the God-fearing”, he further added.

He also added verse 33:57 from the Quran, which says: “Indeed, those who revile Allah and His Messenger, Allah cursed in this world and in the Hereafter and prepared for them humiliating torments.” 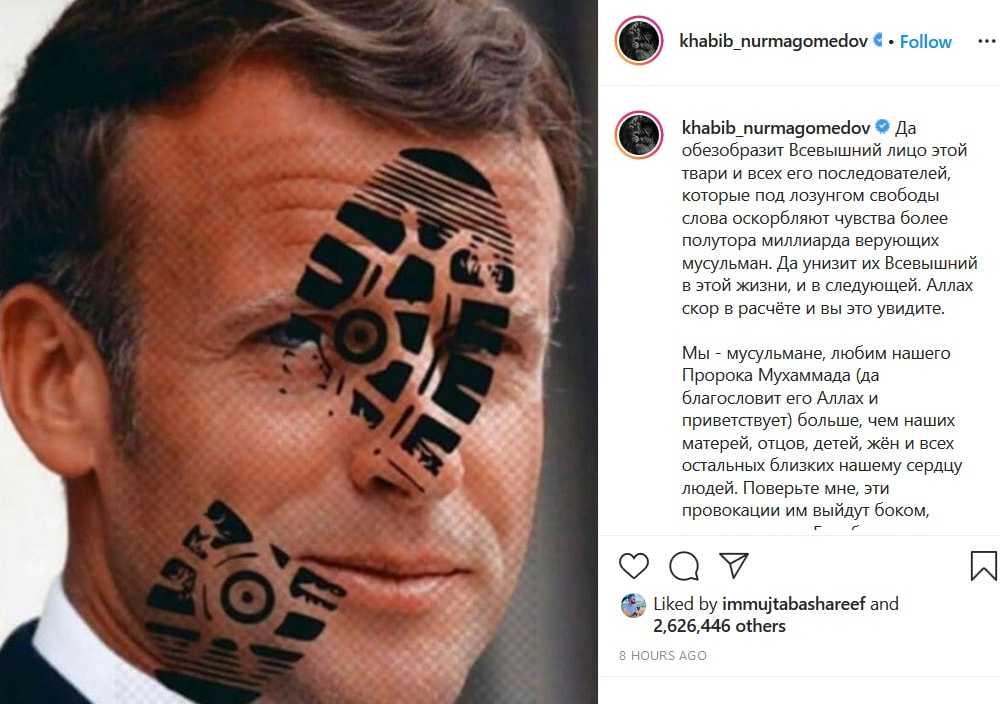 An just within hours of being published, Khabib’s post has received almost two million likes. He has 25 million followers on Instagram.

The Muslims all around the world are in outburst over the French President’s Islamophoboc comments.