According to Police source the ransom demand was made through WhatsApp from Dua’s parents. 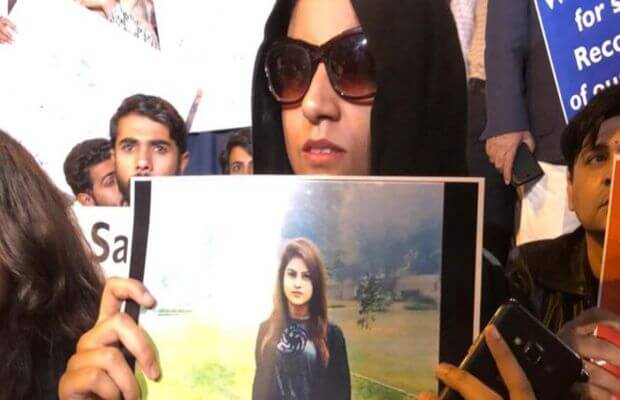 Dua Mangi’s kidnapping case has taken a new turn as the alleged kidnappers are demanding $0.25m equivalent to Rs38.8 million ransom for her release.

According to Police source the ransom demand was made through WhatsApp from Dua’s parents.

Kidnappers have contacted the family thrice in the last three days and have insisted on payment of $0.25 million when they last contacted the girl’s parents.

Reportedly, kidnappers demand the amount to be paid in full and they last maintained contact this Wednesday.

News sources report that Dua’s family has expressed dissatisfaction with the police investigations in the case so far, saying they feel like they are operating in the dark.

Meanwhile, Dua’s uncle Aijaz Mangi speaking to Geo Pakistan on Thursday, said, “We are standing in a blind alley and the family is very worried about her safety.”

Sindh Information Minister Saeed Ghani on Wednesday said some progress has been made in the kidnapping case of the 20-year-old female student, Dua Mangi.

Dua was kidnapped from Karachi’s DHA area on Saturday night as by unidentified armed men from near a restaurant at Bukhari Commercial in Phase VI, her friend who accompanied her was shot while kidnappers took the girl away.