Any news update arriving from Pyongyang is out of the question. 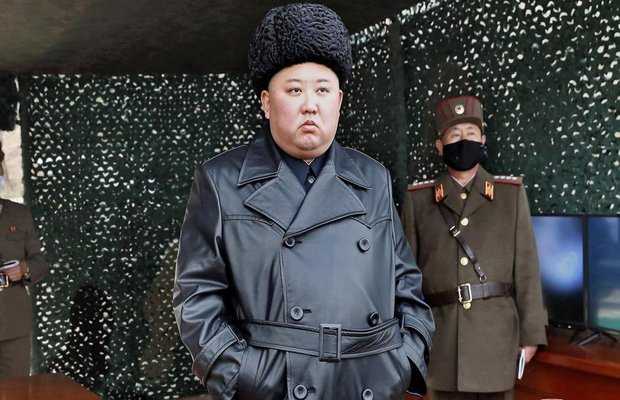 North Korean leader Kim Jong Un’s absence from the public scene for the past 2 weeks has fueled reports and rumors that he might be dead or in serious condition.

What caused the worldwide mounted speculations on Saturday? Multiple outlets cited sources in China and Japan claiming that Kim, who is believed to be 36, is in grave condition after undergoing through a cardiovascular surgery, or he might even be dead.

Speculation about Kim’s health first appeared due to his absence from the anniversary of the birthday of North Korea’s founding father and Kim’s grandfather, Kim Il Sung, on April 15th.

Furthermore, a special train possibly belonging to North Korean leader Kim Jong Un was spotted earlier this week at a resort town in the country, according to satellite images reviewed by a Washington-based North Korea monitoring project.

“The train’s presence does not prove the whereabouts of the North Korean leader or indicate anything about his health but it does lend weight to reports that Kim is staying at an elite area on the country’s eastern coast,” the report said.

So far the accuracy of these reports is doubtful, as any news update arriving from Pyongyang is out of the question. Keeping in view that Japanese and South Korean newspapers killed off his grandfather, Kim Il Sung, and his father, Kim Jong Il, numerous times in the past before either man actually died.

As of Sunday, a new set of rumors started to circulate on social media that if Kim Jong Un is really dead, his younger sister Kim Yo Jong would step in as the new dictator.

Reporting from inside North Korea is notably difficult because of tight controls on information. It’s a Million-dollar question whether Kim Jong Un is dead or not?

North Korea 🇰🇵 has issued its statement regarding the health of #KimJungUn pic.twitter.com/11oHGhdIuB

How other nations world wide are trying to find out if Kim Jong Un is dead or not 😅😂#KIMJONGUNDEAD pic.twitter.com/6EG4kd93D2

The Behind the scenes of what transpired pic.twitter.com/BmrmjlZ52A

Until this lady speaks, every other report is rumour.#KimJongUnDead? pic.twitter.com/rX90eR8Grl

Everyone laughing but still trying to figure out if kim jong un really dead#KIMJONGUNDEAD pic.twitter.com/KyNCIkphcX

tweet
Share on FacebookShare on TwitterShare on PinterestShare on Reddit
Saman SiddiquiApril 26, 2020
the authorSaman Siddiqui
Saman Siddiqui, A freelance journalist with a Master’s Degree in Mass Communication and MS in Peace and Conflict Studies. Associated with the media industry since 2006. Experience in various capacities including Program Host, Researcher, News Producer, Documentary Making, Voice Over, Content Writing Copy Editing, and Blogging, and currently associated with OyeYeah since 2018, working as an Editor.
All posts bySaman Siddiqui