“The weight of a child’s schoolbag needs to be 15% of his/her body weight,” as proposed in the bill. 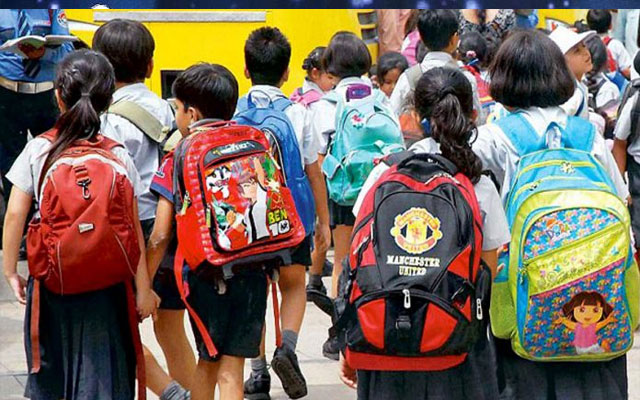 According to details, the Elementary and Secondary Education Department of KPK proposed the bill demanding that the weight of a child’s school bag needs to be 15% of his/her body weight.

The proposed KPK School Bags Act, 2019 requires the approval of the cabinet of KPK provincial assembly. The commendable move was proposed by a Peshawar High Court bench led by Justice Qaiser Rasheed.

Registration of the institution

The law is said to be implemented in letter and spirit across all educational institutions in the province, including government, private, autonomous, semi-autonomous bodies. If any school is said to be violating the law, it will be de-recognized by the education department as the registration of the institute will be canceled as per the law.

According to Section 7 of the proposed law, “in the case of violation, principals and other faculty of the schools will be taken to task. If private schools disarm the law, they will be fined Rs. 200,000 each”.

Moreover, as per Section 4(1), “schools are bound to provide lockers and cupboards for students up to 10th grade. This will help give space to students inside centers of learning where they can keep their books and other extra-curricular belongings”.

The educational institutions will be bound to start awareness campaigns regularly, giving awareness about the hazards of schoolbag weight for children. Additionally, the plan runs around reducing the weight of the curriculum brought to school by students. Lighter material will be used for textbooks and notebooks.

This step comes as KPK’s thorough plan on adopting international standards in the education department of the province. Also, an independent monitoring cell will make sure the law is implemented with diligence.