However, direct flights from 9 countries including Pakistan will not be allowed. 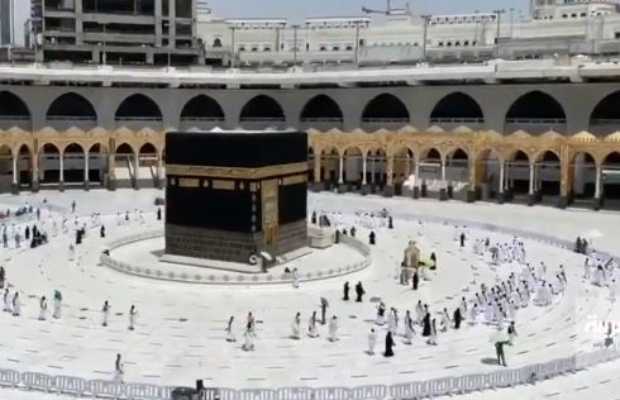 KSA announces the resumption of International Umrah from 1st Muharram 1443, likely to fall on 10 August 2021.

As per the latest announcement, the Umrah agencies have been authorised to issue Visas for Umrah for entry beginning from 1st Muharram 1443 (10 August 2021).

However, direct flights from 9 countries including Pakistan will not be allowed.

The Eligibility and Requirements for Intending Umrah Pilgrims from outside the Kingdom are as follows: 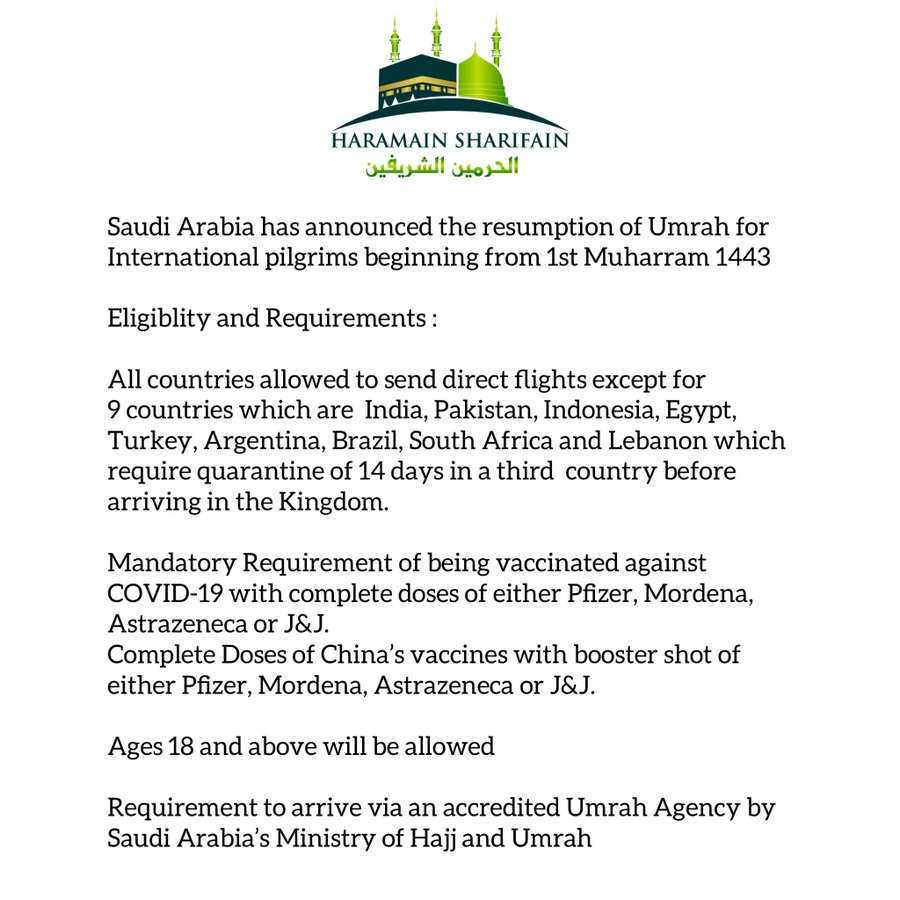 Meanwhile, the Umrah for Saudis and expatriate residents in the Kingdom have restarted today.

Abdul Rahman Al Sudais, Head of the General Presidency for Affairs of the Two Holy Mosques, directed all competent affiliates to finalise preparations for receiving Umrah pilgrims and other worshippers at the Grand Mosque in Mecca, the state press agency SPA reported.