The explosion occurred during Friday prayers 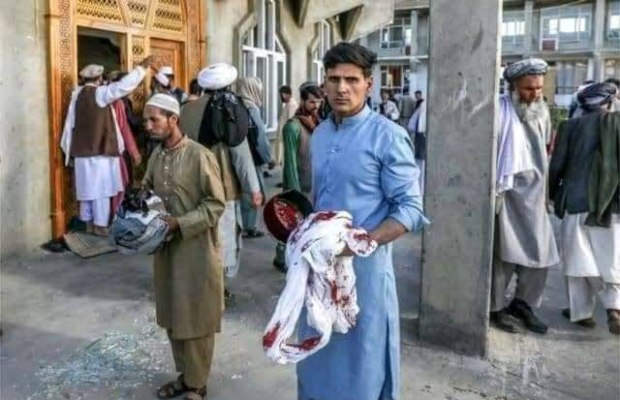 At least 50 people were killed, nearly 100 were wounded in a blast at a mosque in Afghanistan’s northeastern province, Kunduz on Friday.

Reports emerging on social media claim that the explosion occurred during Friday prayers in a Shi’ite mosque in the northern province of Kunduz.

“We have received more than 90 wounded patients and 50 dead bodies, but the number will change. We are still receiving more people,” said a Doctors Without Borders (MSF) hospital worker, who did not want to be named told.

Eyewitnesses said he was praying when he heard an explosion.

A mosque is a place of worship. A holy building. A sanctuary. But this is what Friday prayer looked like today at a Shia Mosque in #Kunduz. Our prayers mats are covered in innocent blood once again, these terrorists are continuing their massacres, don’t be fooled by their masks. pic.twitter.com/B6EQPdYvx1

Initial reports of a blast in a Shia Mosque in Khanabad, Kunduz, Afghanistan. Number of casualties unconfirmed.

“This afternoon, an explosion took place in a mosque of our compatriots … as a result of which a number of our compatriots were martyred and wounded,” Taliban spokesman Zabihullah Mujahid said in a tweet, adding that a special unit has arrived at the scene to investigate.