The varsity used to issue 300 degrees daily with handwritten calligraphy 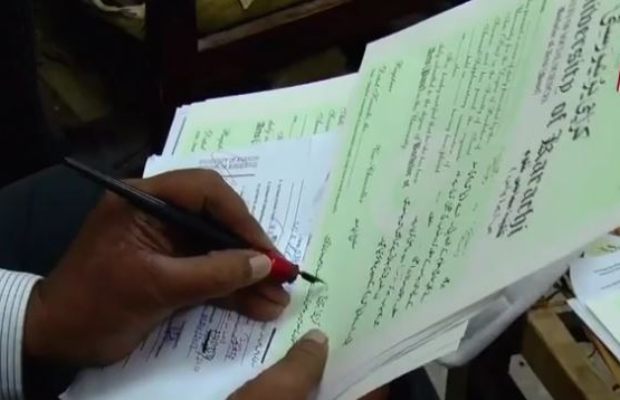 The University of Karachi’s (KU) 58-year-old era of handwritten degrees in Urdu calligraphy finally comes to an end!

The next badge of passing out students from the KU will be handed computerized degrees rather than the handwritten calligraphy,

The Urdu content on the degrees will be printed through a computerized mechanism.

As being reported, the KU Syndicate has approved the decision to issue computerized degrees. Furthermore, the services of Urdu composers and programming format will be hired for the degree-making process.

The decision was taken due to the increased number of students in the KU besides the addition of new departments and subjects.

As the varsity used to issue 300 degrees daily with handwritten calligraphy.

However, the handwritten Urdu calligraphy will continue to be used for degrees issued to professional courses and PHDs.

KU has been using handwritten Urdu calligraphy for writing on the degree since 1952.