Dr. Khalid Iraqi has been appointed for a four-year term under the Universities and Institutes Laws (Amendment) Act-2018 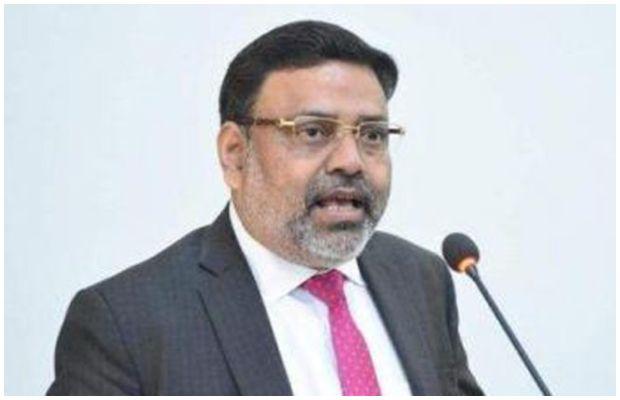 KU’s permanent vice-chancellor has finally been appointed after three-year hiatus!

Dr. Khalid Iraqi,  who also served as the acting VC, has been appointed the permanent vice chancellor (VC) of the University of Karachi (KU) after the post remained vacant for more than three years.

The Sindh Universities and Boards Department, in a notification, said that the province’s chief minister, Murad Ali Shah, has appointed Dr. Khalid Iraqi to the top office.

Dr. Iraqi has been appointed for a four-year term under the Universities and Institutes Laws (Amendment) Act-2018, 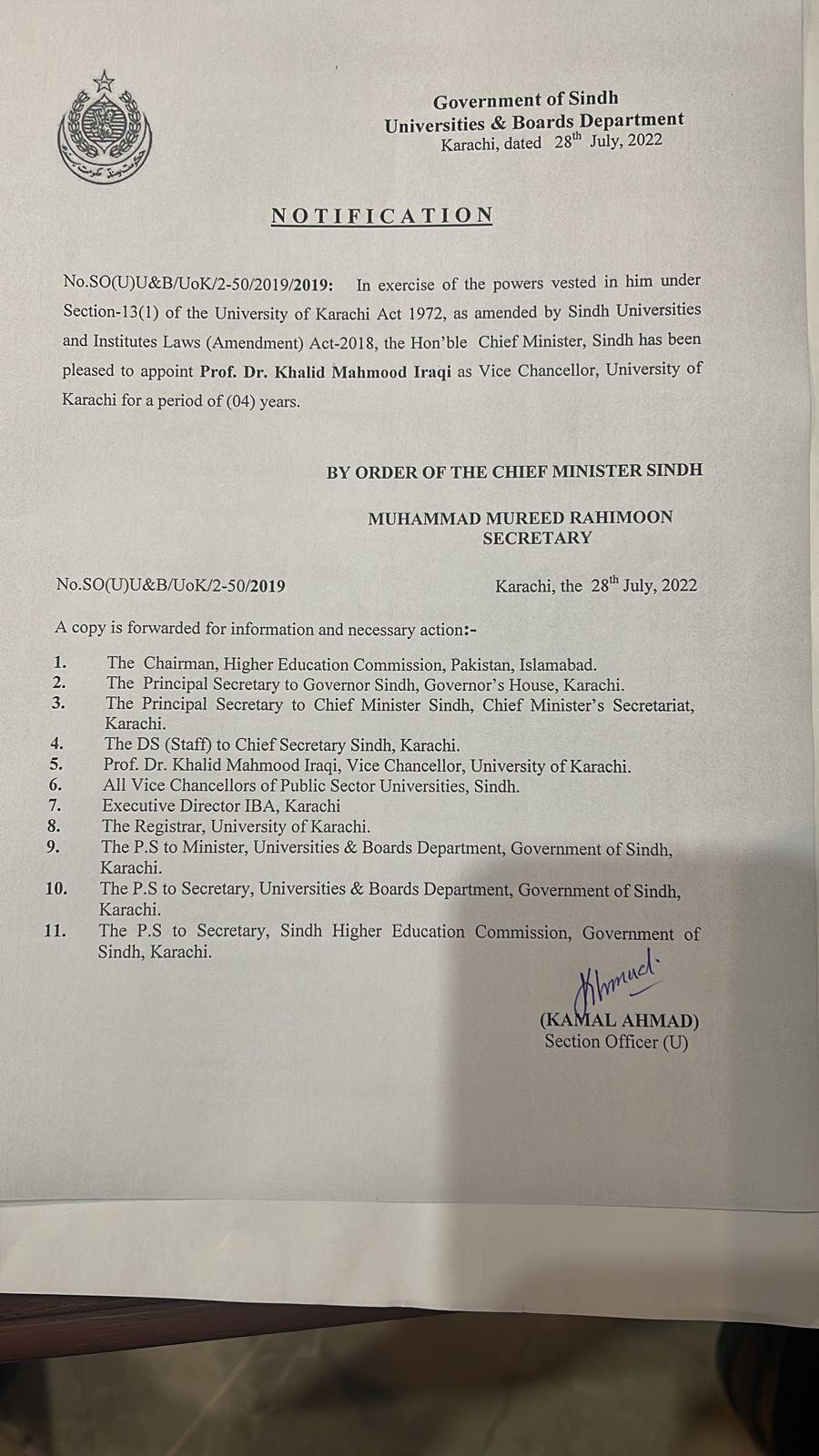 He was earlier removed on the orders of the Sindh High Court when he was serving as the acting vice chancellor and the government had appointed Dr. Nasira Khatoon in his place.

The Sindh government constituted a search committee to finalize a name for the high-ranking office following Dr. Khatoon’s appointment.

As reported, the committee received 13 applications.

While Dr. Iraqi’s name was placed at the top of the list.