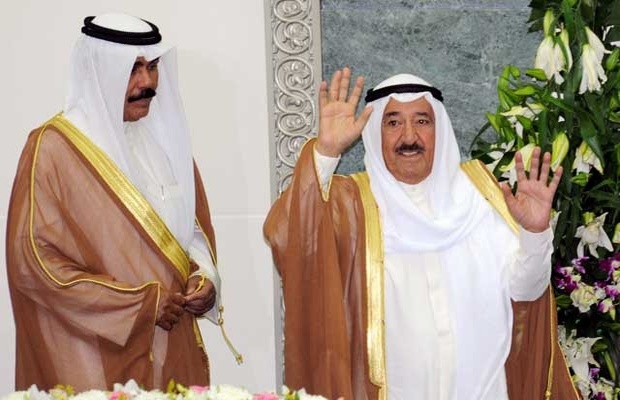 According to an official statement, Kuwait’s 91-year old Emir Sheikh Sabah al-Ahmad al-Sabah underwent successful surgery on Sunday morning, after having been admitted to hospital on Saturday for medical checks.

A copy of the ministerial decree posted by Kuwait’s official gazette, Kuwait Al-Youm, said that the crown prince would be empowered for “the duration of a surgical procedure until the health event is over.”

In Kuwait’s existing system, emir plays a key role and has wide powers that guarantee the political, economic, and security stability of the country.

However, the ruler’s health condition comes in difficult times as the state is going through a sensitive and complicated period in Kuwait because of the coronavirus pandemic, and as well as the financial and economic difficulties the country is facing due to the decline in oil prices.

After news of the emir’s hospitalization, Kuwait’s central bank governor issued a statement on Saturday, stressing the strength and stability of the dinar currency.

S&P Global Ratings on Friday revised Kuwait’s outlook to “negative” from “stable” saying it expects the country’s main liquidity buffer, the General Reserve Fund, to be insufficient to cover the state budget deficit.

tweet
Share on FacebookShare on TwitterShare on PinterestShare on Reddit
Saman SiddiquiJuly 19, 2020
the authorSaman Siddiqui
Saman Siddiqui, A freelance journalist with a Master’s Degree in Mass Communication and MS in Peace and Conflict Studies. Associated with the media industry since 2006. Experience in various capacities including Program Host, Researcher, News Producer, Documentary Making, Voice Over, Content Writing Copy Editing, and Blogging, and currently associated with OyeYeah since 2018, working as an Editor.
All posts bySaman Siddiqui