Ghulam Mehmood Dogar as been appointed as the new police chief. 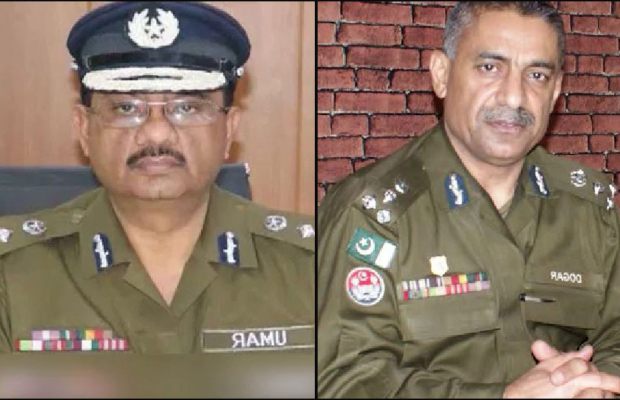 Meanwhile, Ghulam Mehmood Dogar as been appointed as the new police chief.

The newly appointed  CCPO Ghulam Mehmood Dogar  has served as a police officer for 14 years.

Ghulam Muhammad Dogar has earlier served on the posts of Lahore DIG Investigations and Chief Traffic Officer, as well as Multan CPO.

Umar Sheikh took the charge as Lahore CCPO in September last year to control street crime and tackle the encroachment mafia in the city.

Sheikh’s few months  tenure in office has been shrouded in controversies.

He was accused of making indecent comments against the victim in Motorway rape incident that occurred in September 2020.

For his victim-blaming remarks he was made to apologised before a Senate committee and a rise in street crime.

tweet
Share on FacebookShare on TwitterShare on PinterestShare on Reddit
Saman SiddiquiJanuary 1, 2021
the authorSaman Siddiqui
Saman Siddiqui, A freelance journalist with a Master’s Degree in Mass Communication and MS in Peace and Conflict Studies. Associated with the media industry since 2006. Experience in various capacities including Program Host, Researcher, News Producer, Documentary Making, Voice Over, Content Writing Copy Editing, and Blogging, and currently associated with OyeYeah since 2018, working as an Editor.
All posts bySaman Siddiqui