The court ordered Sanaullah to submit two surety bonds of Rs1 million each. 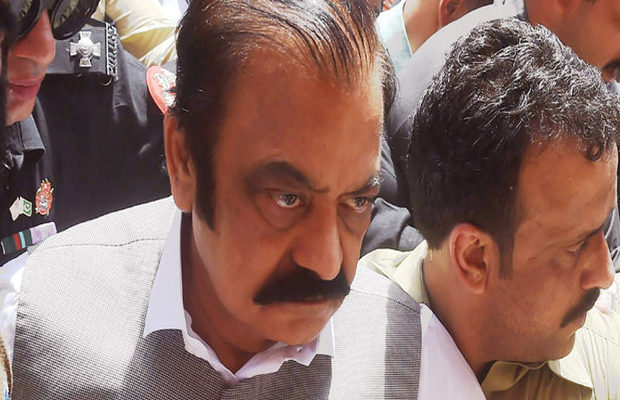 The Lahore High Court on Tuesday granted bail to senior PML-N leader Rana Sanaullah in a drug case filed against him by the Anti-Narcotics Force (ANF).

A day earlier the court reserved its verdict on a post-arrest bail petition filed by Sanaullah in the 15kg heroin recovery case in the LHC.

The verdict was reserved by Justice Chaudhry Mushtaq Ahmad reserved on Tuesday after Sanaullah’s lawyers and prosecutors of the ANF concluded their arguments.

The court has ordered Sanaullah to submit two surety bonds of Rs1 million each.

Earlier, a special court for Control of Narcotics Substance (CNS) on September 20th had dismissed a bail petition by Sanaullah while releasing five co-suspects.

CNS had dismissed Sanaullah’s another bail petition on November 9.

Punjab former law minister was arrested by the ANF Lahore team on July 1 while he was traveling from Faisalabad to Lahore near the Ravi Toll Plaza on the motorway, claiming to have seized 15kg heroin from his vehicle.

tweet
Share on FacebookShare on TwitterShare on PinterestShare on Reddit
Saman SiddiquiDecember 24, 2019
the authorSaman Siddiqui
Saman Siddiqui, A freelance journalist with a Master’s Degree in Mass Communication and MS in Peace and Conflict Studies. Associated with the media industry since 2006. Experience in various capacities including Program Host, Researcher, News Producer, Documentary Making, Voice Over, Content Writing Copy Editing, and Blogging, and currently associated with OyeYeah since 2018, working as an Editor.
All posts bySaman Siddiqui