The attacker was arrested by the chief minister's security team 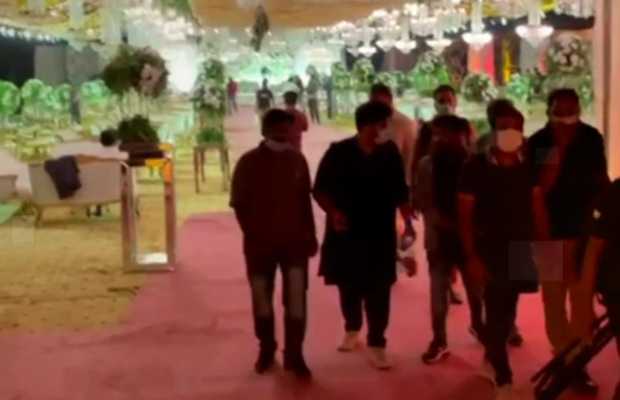 As being reported, a gunman opened fire when MPA Asad Khokhar along with his two brothers came out to see off CM Punjab Usman Buzdar.

Mubashir Khokhar alias Malik Goga was killed in this firing incident while another person was injured.

According to the news source, CM Usman Buzdar, who came to attend the valima ceremony, had been seated in his car and was at a few feet distance when the gunman opened fire.

Following the incident, the function was called off and guests returned home.

The police have reportedly arrested one of the accused.

Meanwhile, Punjab Chief Minister Sardar Usman Buzdar has taken notice of the incident, sought a report from IGP Punjab, and ordered an inquiry into the matter.

While updating on the matter, Special Assistant to the Prime Minister on Political Affairs Dr. Shahbaz Gill in a tweet said that the attackers had opened fire after coming close to Punjab Chief Minister Usman Buzdar’s car, who was also present at the wedding ceremony.

The attacker has been arrested by the chief minister’s security team, he added.

A police spokesperson also confirmed that the attacker was arrested.

“Mubashir Khokar was taken to the hospital in a critically injured condition [but] he did not survive,” he added.

He added that evidence was being collected from the site of the incident and a case would be registered after a complaint was received.

tweet
Share on FacebookShare on TwitterShare on PinterestShare on Reddit
Saman SiddiquiAugust 6, 2021
the authorSaman Siddiqui
Saman Siddiqui, A freelance journalist with a Master’s Degree in Mass Communication and MS in Peace and Conflict Studies. Associated with the media industry since 2006. Experience in various capacities including Program Host, Researcher, News Producer, Documentary Making, Voice Over, Content Writing Copy Editing, and Blogging, and currently associated with OyeYeah since 2018, working as an Editor.
All posts bySaman Siddiqui