Lahore once again declared the most polluted city in the world 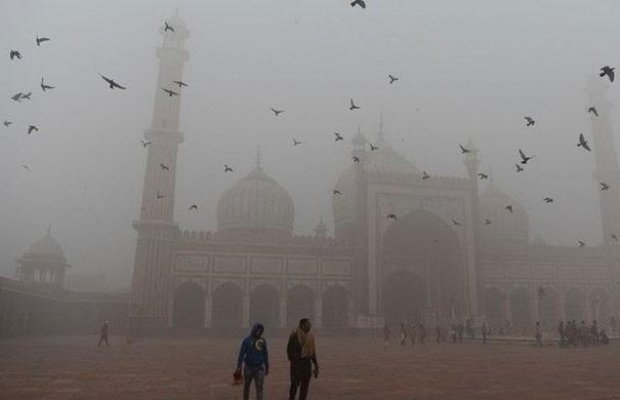 Lahore once again declared the most polluted city in the world!

Lahore ranks first in the world in terms of poor air quality as the city’s air quality index reached 397.

The walled city has been named the world’s most polluted city in terms of smog as the air pollution has risen alarmingly.

Punjab’s capital is struggling with another season of hazardous air quality.

Despite measures by the provincial administration, parts of Lahore remain engulfed in a thick blanket of smog.

According to the news released by the Air Quality Index, the European country Croatia’s city of Zagreb was in second place with an air quality index of 183.

While the  Indian capital, New Delhi, ranks third on the list. Its air quality index is 174.

According to the Air Quality Index rankings, the top ten most polluted cities in the world include three Indian cities, New Delhi, Mumbai, and Kolkata. Other cities include Shanghai, Dubai, Dhaka, Beijing, and Bishkek.

According to experts, most of the pollution in India is due to smog in Punjab.

According to senior officials of the Pakistan Meteorological Research Institute, smog is a process that transcends boundaries.

Thousands of farmers in India set fire to the rice crop, the effects of which are being felt on the other side of the border as well.

Like last year, smog has started engulfing most of the cities of Punjab and the people are facing severe hardships and health issues.

tweet
Share on FacebookShare on TwitterShare on PinterestShare on Reddit
Saman SiddiquiNovember 1, 2021
the authorSaman Siddiqui
Saman Siddiqui, A freelance journalist with a Master’s Degree in Mass Communication and MS in Peace and Conflict Studies. Associated with the media industry since 2006. Experience in various capacities including Program Host, Researcher, News Producer, Documentary Making, Voice Over, Content Writing Copy Editing, and Blogging, and currently associated with OyeYeah since 2018, working as an Editor.
All posts bySaman Siddiqui