"An example will be made out of this morally unrestrained man," says Chohan 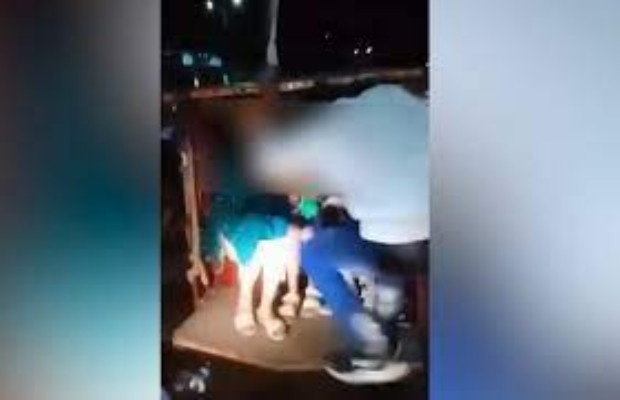 A man who harassed a woman travelling in a Qingqi rickshaw near Minar-e-Pakistan on Independence Day in Lahore has been identified, it emerges on Saturday.

The case of harassment came to light when the video of the incident went viral on social media a day ago, sparking outrage.

However, the Lahore Police is yet to arrest the identified harasser.

Furthermore, the Lahore police have also identified the man who was filming the woman being harassed.

As being reported, a case has been registered at the Lari Adda police station on the station house officer’s (SHO) complaint after police were shown a video of the incident which went viral on social media.

According to the FIR, the incident took place on Circular Road, near gate no 1 of Greater Iqbal Park, towards Chand Chowk.

The FIR estimates 10-12 “morally unrestrained” men on board motorcycles to have harassed two women sitting on board a Qingqi rickshaw, with a child seated in between them.

Separately, police on Saturday has also registered a case against a nearly dozen motorcyclists over filming a video showing harassment of women.

Quoting Ghani, Chohan said that a special team had been set up for the case, which will use all available modern, scientific methods to identify the criminals.

“In a day or two, we will trace them, and later on, will also make arrests,” he added.

“An example will be made out of this morally unrestrained man so that next time no person will dare harass a woman — who might be a mother, daughter, or sister — in Punjab,” Chohan added.

Chohan said he could not confirm whether the criminal involved had been arrested, however, he assured the nation that the man has been identified using CCTV cameras.

The spokesperson said the provincial government would not show “any negligence to arrest the person” involved in the heinous act.