Lahore school has suspended 5 students, including the victim over a bullying and violence incident that came to light via viral videos.

The circular by the Scarsdale International School, a copy of which is available with OyeYeah.com, was issued by Headmaster Romuald Delattre on January 20.

The letter stated that this was the “first time” such an incident had occurred since the school was started 25 years ago.

It added that the management and the board of directors had taken a “serious view of the incident”, and had named three senior faculty members to thoroughly investigate it and submit a report within 10 working days. 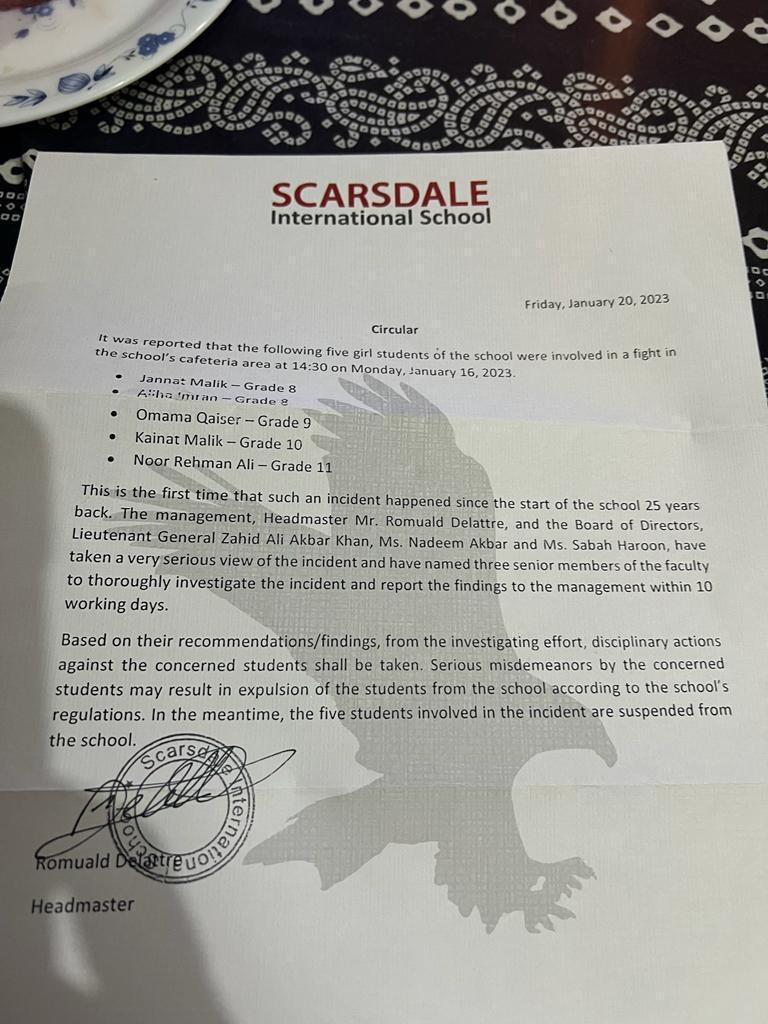 On the other hand, the National Commission on the Rights of the Child (NCRC) has also taken notice of the incident.

Earlier this week, Four girls students who were booked for allegedly manhandling their class fellow at a private school in the Defence Housing Authority (DHA) area of Lahore, managed to get pre-arrest bail.

The Lahore sessions court has barred authorities from arresting three girls involved in the alleged torture until Jan 30.

An FIR was lodged after a video of the incident showing school students beating a girl, went viral on social media.

The police filed the first information report (FIR) against the suspects under sections 337A (i), 354, and 379 of the PPC.