Lahore smog is the result of burning crops’ residue in India, NASA

Punjab government has taken precautionary measures to curb the cause of smog. 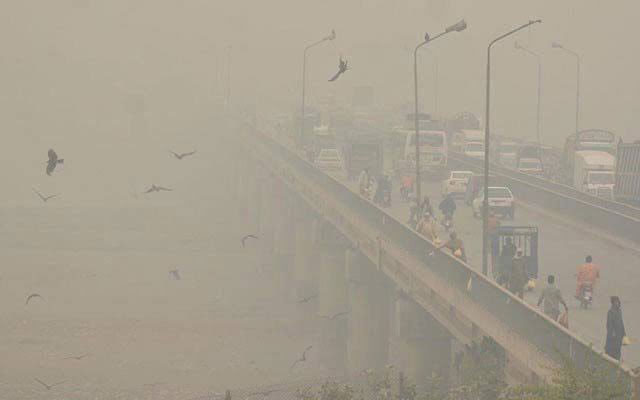 The current situation of smog in Lahore is the result of smoke being produced by the burning of crops’ residues for disposal in India, Provincial Minister for Finance Makhdoom Hashim Jawan Bakht said on Thursday.

The minister while citing the report of US agency National Aeronautics and Space Administration (NASA) claimed that smoke produced by burning of crops’ residues in India caused air pollution in Lahore.

Makhdoom Hashim, while presiding over a review meeting of the Environmental Protection Department (EPD) said that a monitoring committee comprising of different stakeholders has been formed to control the smog in the metropolis.

The monitoring committee would take the necessary steps to fix the environmental pollution in Punjab’s capital.

The minister revealed that change in the direction of air has resulted in the inclusion of smoke in Lahore’s air, adding that, if the situation continues then there would be strong chances of smog in a fog season.

The minister further told that the Punjab government has taken precautionary measures to curb the cause of smog.