The smog levels remained high in other parts of Punjab 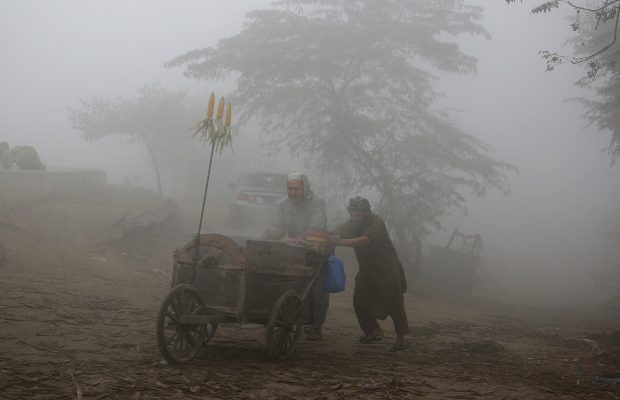 Lahore’s Air Quality Index AQI Index recorded higher than 400 on Monday, while the smog levels remained high in other parts of Punjab as well.

As per the doctors, more than 100 smog infections are being reported in the province on a daily basis.

As of Monday, the Air Quality Index of 419 was recorded in Lahore early morning.

The situation remains almost the same in other parts of Punjab province.  In Sahiwal, AQI was recorded at 384  and Faisalabad recorded an index of 365 on Monday morning.

Raiwind is also among the areas most affected by air pollution.

Due to smog, visibility levels throughout cities were reduced, causing problems for the traffic as well.

Lahore has been declared the most polluted city globally after the city recorded its highest ever smog levels as the Air Quality Index (AQI) went above 700, three days ago.