The DC Lahore has formed an Anti-smog Task Force. 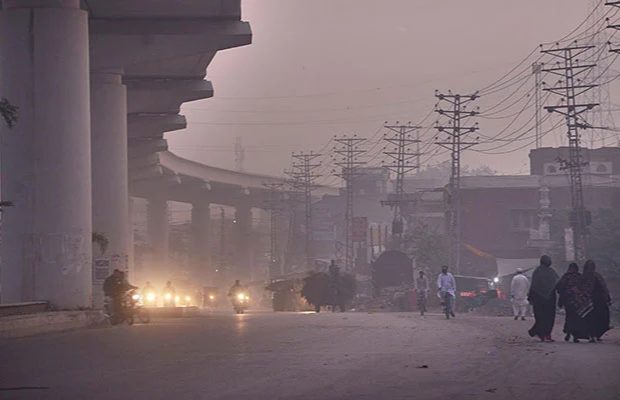 The Air Quality Index (AQI) of the city was recorded as a hazardous 346 on Saturday.

On Thursday, Lahore was declared the most polluted city globally, according to the Air Quality Index due to high smog levels.

The air quality in the walled city was recorded at over 600 on Nov. 10.

According to experts, smog is caused by air pollution that can not only cause accidents but is also harmful to health. Rain can only recede the smog.

On the other hand, the deputy commissioner of Lahore has formed an Anti-smog Task Force. It will comprise heads of the environmental department, Water and Sanitation Agency, Metropolitan Corporation Lahore, industries, and police.

Lahore DC Muhammad Usman said that every squad will inspect 12 and 60 industrial units on a daily and weekly basis, respectively.

“Two special teams have been formed to monitor cars emitting smoke in the city,” he said, adding that the government has decided to visit all brick kilns and factories in the city using boilers and surfaces.