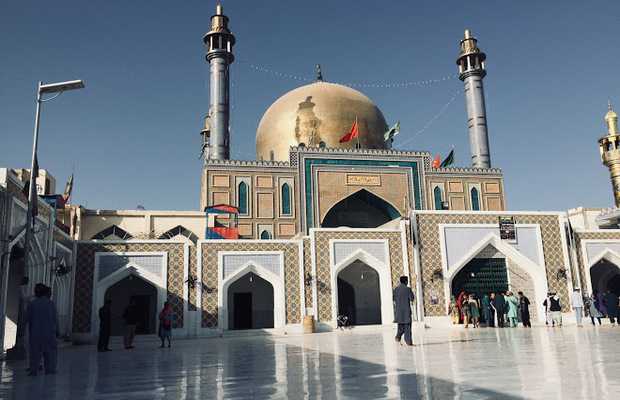 The Sindh government has decided to cancel the annual urs of Sufi saint Lal Shahbaz Qalandar, scheduled for April 12, 18 Shabaan amid coronavirus outbreak.

Since the shrine is now closed following Sindh government’s orders of lockdown throughout the province, the three days of festivities at the shrine of Sufi saint Usman Marwandi – popularly known as Lal Shahbaz Qalander – starting from Shaban 18, in Sehwan Sharif, will not be held this year.

According to Aufaq Department, 8,000 to 10,000 people visit the shrine daily basis, and during the annual urs, the number of visitors climbs to 800,000 to one million.

The Chief Administrator Aufaq Department Munwar Ali Mahesar told Express that after the government’s decision, we don’t allow any devotees or others to visit the shrine.

However, only the dhamal continues with a few employees of the department, it is the practice of whirling – in a state of elation in response to the drums – performed by devotees to honour Sufi saints.

Not only Lal Qalander’s shrine but also the 14 other main shrines in the city are closed, including Pathan Kafi which is adjacent to the shrine is also closed, where two to three thousand people get free meals daily.

tweet
Share on FacebookShare on TwitterShare on PinterestShare on Reddit
Saman SiddiquiApril 2, 2020
the authorSaman Siddiqui
Saman Siddiqui, A freelance journalist with a Master’s Degree in Mass Communication and MS in Peace and Conflict Studies. Associated with the media industry since 2006. Experience in various capacities including Program Host, Researcher, News Producer, Documentary Making, Voice Over, Content Writing Copy Editing, and Blogging, and currently associated with OyeYeah since 2018, working as an Editor.
All posts bySaman Siddiqui