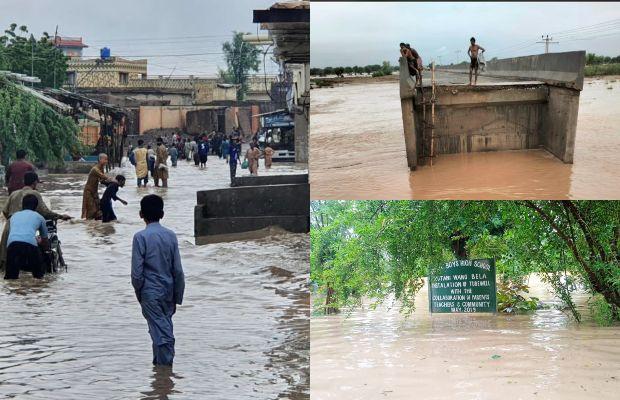 Lasbela district of Balochistan has been the worst hit by monsoon rains!

Bela, a subdivision of Lasbela, has been cut off from the rest of the district due to floods.

And in the latest development, it emerges that floods washed away the main RCD highway connecting Karachi-Quetta near DG Khan Cement factory Hub Lasbela.

Furthermore, the floods have destroyed thousands of hectares of cotton fields in the district, leaving poor farmers scared and uncertain in these times of economic hardship and rising inflation.

Photo and videos in 👇

More in the thread pic.twitter.com/uGQRaIy9n7

On Tuesday, the Pak Army troops reached the flood-hit parts of Balochistan and Sindh provinces to rescue people trapped in their homes and help the civil administration carry out relief activities.