Last solar eclipse of 2019 to occur on December 26

This will be an annular eclipse of the sun, a rare and historical event happening after 20 years. 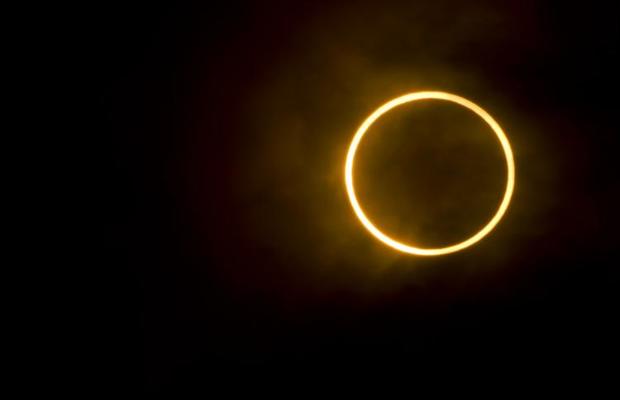 December 26, coming Thursday will witness the last solar eclipse of the year 2019. It is going to an annular eclipse, a rare and historical event happening after 20 years, visible in Pakistan.

According to the Met Office, the solar eclipse will be visible in eastern Europe, much of Asia including Saudi Arabia, Oman, southern India, and parts of Indonesia, the Indian Ocean, and northern and western Australia, eastern Africa, and the Pacific Ocean.

The time around skies will be crystal clear hence there will be a direct impact of radiation. People are advised not to look at the sun with the naked eye during the eclipse as it may cause permanent eye damage or even blindness.

Unlike the annular solar eclipse that occurred in August 1999, as at that time of year due to the “albedo effect” when most of the radiation did not reach the ground and got deflected back into space because of mostly cloudy skies.

What is An Annular Solar Eclipse?

It happens when the Moon covers the Sun’s center, leaving the Sun’s visible outer edges to form a “ring of fire” or annulus around the Moon.

The name “annular” comes from the Latin word for ring, “annulus.” These eclipses are named for their darkest, or maximum, point even if it only lasts less than a second.

And If the characteristic ring of fire is visible from even just one location, the whole eclipse is called an annular solar eclipse.

tweet
Share on FacebookShare on TwitterShare on PinterestShare on Reddit
Saman SiddiquiDecember 23, 2019
the authorSaman Siddiqui
Saman Siddiqui, A freelance journalist with a Master’s Degree in Mass Communication and MS in Peace and Conflict Studies. Associated with the media industry since 2006. Experience in various capacities including Program Host, Researcher, News Producer, Documentary Making, Voice Over, Content Writing Copy Editing, and Blogging, and currently associated with OyeYeah since 2018, working as an Editor.
All posts bySaman Siddiqui