Lawyer Khadija Siddiqui fears for her life after firing incident

The unidentified men opened fire at Khadija Siddiqui's, an advocate who was stabbed 23 times in 2016, outside her residence. 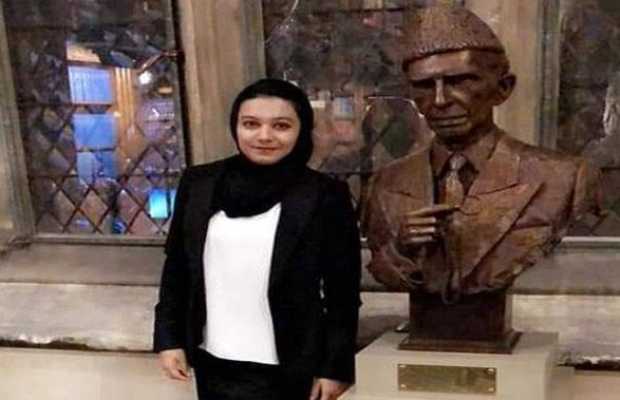 Lawyer Khadija Siddiqui fears for her life after the firing incident!

Khadija Siddiqui, who was stabbed 23 times by her classmate back in 2016, was attacked by unidentified gunmen on Saturday outside her home in Lahore’s Gulberg area.

The bullets hit the windshield and hood of the car. Fortunately, no one was injured in the attack.

Tagging Pm Imran Khan in her tweet, she said: Today Around 7 pm a bullet was fired through my car’s bonnet which was parked inside the house. I was alone in the house. I consider this a clear threat to me and my family.

Today Around 7 pm a bullet was fired through my car's bonnet which was parked inside the house. I was alone in the house. I consider this a clear threat to me and my family.@ImranKhanPTI pic.twitter.com/jKLQhhIohu

Khadija has filed a complaint with the police, at the Gulberg police station.

“I was alone at home when I heard someone fire shots. When I went outside, I saw a bullet hole in the car’s bonnet,” she stated in the complaint.

“My life is in danger. I demand legal action,” Khadija further stated in her complaint.

She recalled how on May 3, 2016, she was attacked and provided a case reference number (330/16), which was filed at the Civil Lines police station.

He ordered the speedy arrest of the perpetrators and a thorough probe into the matter.

On May 3, 2016,  Khadija was attacked on Lahore’s Davis Road where she and her driver had gone to pick up her younger sister from school.

On July 29, 2017, a judicial magistrate sentenced her classmate, Shah Hussain, to seven-year imprisonment.

Shah Hussain was sentenced to five-year imprisonment in 2018.

Hussain was, however, released on July 17 after serving a jail time of just three-and-a-half years because of technical remissions.