IBA Karachi University campus is yet to issue an official statement regarding the viral video. 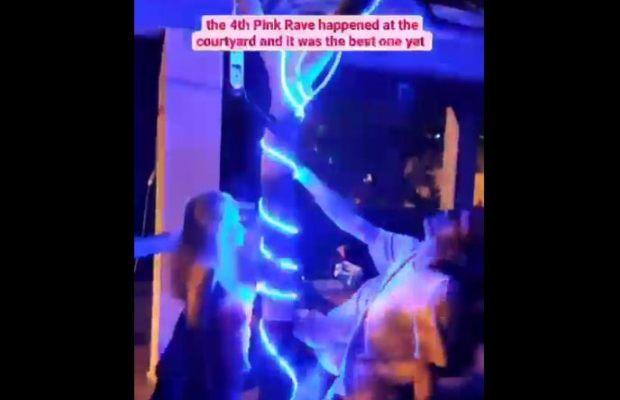 A leaked video of an alleged LGBT Party held at the IBA Karachi University campus leaves netizens in shock.

Following the viral video, the Disciplinary Committee (DC) of the Institute of Business Administration (IBA) Karachi is reported to have started an investigation into the matter.

What appears to be from a viral video clip, is an on-campus party organized by LGBT activists.

Videos of an alleged dance party organised by students, who can be seen identifying themselves as homosexuals, have spread like wildfire on social media,

It emerges that For weeks, a few dozen students had been openly identifying themselves as LGBT activists reportedly promoted the party right under the nose of the campus management.

The viral video became the trending news on Monday, while it is not known at which date exactly the LGBT party was held.

IBA Karachi is yet to issue an official statement regarding the viral video.

Meanwhile, an outcry is poring in on the Twitter timeline criticizing such activity being observed in the Islamic Republic of Pakistan.

Sorry For The Video I Don't Wanna Post It Here But I Wan't To Show Pakistani Nation That What Is Happening Inside @ibakarachi!
LGBT Is Active & Administration @EDIBAKarachi Is Sleeping?
Is That What We Are Sending Our Children To Educational Institution Like IBA?#ShameOnIBA pic.twitter.com/M7b4Y8BOoA

Is it Islamic Republic of Pakistan?

Inappropriate video of IBA Karachi is viral on internet in which students are dancing and promoting #LGBTQ 🏳️‍🌈 pic.twitter.com/Tr5RR0AgSg