According to the World Health Organisation, air pollution in India is estimated to kill about 1.5 million people every year. 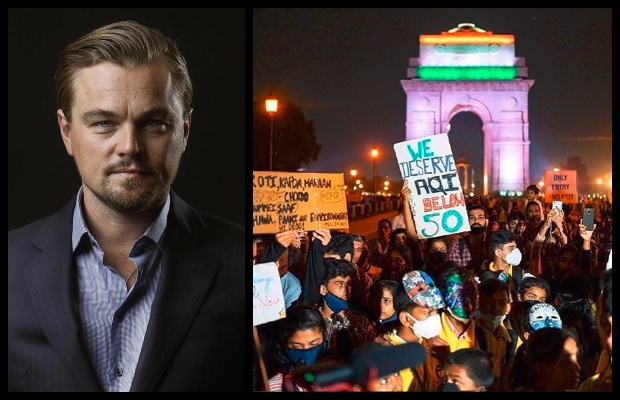 The star who time to time keeps raising voice for the environmental issues has taken to social media writing a detailed account of the air pollution situation being faced in India.

“Over 1500 citizens gathered in at India Gate, in New Dehli, to demand immediate action on the cities’ hazardous pollution levels. According to the World Health Organisation, air pollution in India is estimated to kill about 1.5 million people every year; these statistics make air pollution the fifth-largest killer in India,” DiCaprio wrote sharing a set of photos of the protest being held at India Gate.

“People of all ages joined the demonstration, which succeeded to directly trigger action for Indian citizens. The Indian Prime Minister’s office set up a special panel to address the issue, within a few hours of the protest. The panel is due to report on the issue within two weeks”, he further added.

“Despite these promises, the air is still unsafe and activists will keep the pressure on until the air pollution reaches safe levels”, writes DiCaprio.