He has been directed to submit two indemnity bonds worth one million each. 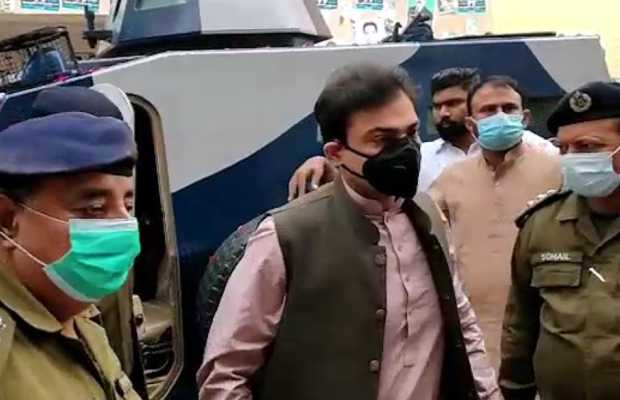 Lahore High Court (LHC) on Wednesday has granted post-arrest bail to PML-N leader and Opposition Leader in the Punjab Assembly Hamza Shahbaz in the assets beyond means case.

A two-judge bench of the high court accepted Hamza Shehbaz’s bail plea after hearing arguments of his lawyers and the NAB prosecutor.

The opposition leader in the provincial assembly has been directed to submit two indemnity bonds worth one million each.

The court has also directed to release Hamza Shehbaz from the Kot Lakhpat Jail.

Advocate Azam Nazir Tarar and Amjad Pervez appeared before the court on behalf of Hamza Shahbaz, stating that their client was arrested in the assets beyond means and money laundering case on June 11, 2019.

Meanwhile, the prosecutor requested the high court to dismiss the PML-N MPA’s bail stating he amassed more assets than his sources of income justified besides being involved in money laundering.

The prosecutor added that Hamza Shahbaz Sharif’s was not an ordinary case.

National Accountability Bureau (NAB) had arrested Hamza Shahbaz in Ramzan sugar mills, money laundering, and assets beyond means cases after LHC turned down his applications for extension in interim bail.

tweet
Share on FacebookShare on TwitterShare on PinterestShare on Reddit
Saman SiddiquiFebruary 24, 2021
the authorSaman Siddiqui
Saman Siddiqui, A freelance journalist with a Master’s Degree in Mass Communication and MS in Peace and Conflict Studies. Associated with the media industry since 2006. Experience in various capacities including Program Host, Researcher, News Producer, Documentary Making, Voice Over, Content Writing Copy Editing, and Blogging, and currently associated with OyeYeah since 2018, working as an Editor.
All posts bySaman Siddiqui