The escaping aircraft hastily released payload, which fell in the open. 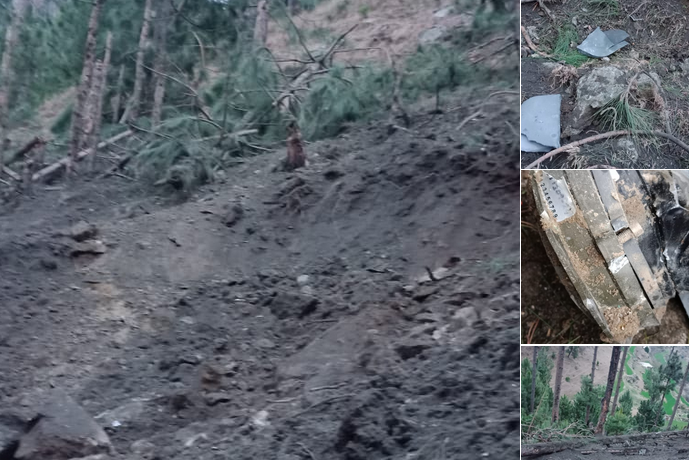 Indian military aircraft have violated the Line of Control (LoC) as they “intruded” from the Muzafarabad sector and upon the timely response from Pakistan Air Force (PAF), were forced to return, Pakistan Army Spokesperson Major General Asif Ghafoor briefed on Tuesday morning.

“Indian aircraft intrusion across LoC in Muzafarabad Sector within AJK was 3-4 miles. Under forced hasty withdrawal aircraft released payload which had free fall in the open area. No infrastructure got hit, no casualties. Technical details and other important information to follow,” director general of the Inter-Services Public Relations (ISPR) wrote on Twitter.

Major General Ghafoor in his next tweet further briefed that, “Indian aircrafts intruded from Muzafarabad sector. Facing timely and effective response from Pakistan Air Force released payload in haste while escaping which fell near Balakot. No casualties or damage”.

The escaping aircrafts hastily released payload, which fell in the open. Shared DG ISPR, along with the photos of the location where payload fell.
https://twitter.com/OfficialDGISPR/status/1100231826348617728

tweet
Share on FacebookShare on TwitterShare on PinterestShare on Reddit
Saman SiddiquiFebruary 26, 2019
the authorSaman Siddiqui
Saman Siddiqui, A freelance journalist with a Master’s Degree in Mass Communication and MS in Peace and Conflict Studies. Associated with the media industry since 2006. Experience in various capacities including Program Host, Researcher, News Producer, Documentary Making, Voice Over, Content Writing Copy Editing, and Blogging, and currently associated with OyeYeah since 2018, working as an Editor.
All posts bySaman Siddiqui