The Met department has forecast heavy rains until August 15. 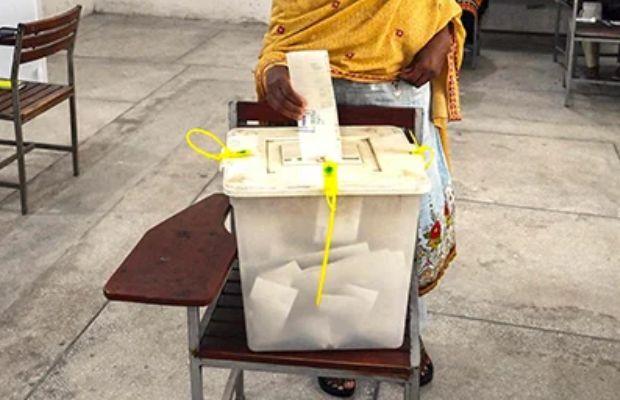 By-poll in Karachi and Local body elections in Hyderabad have been postponed amid weather conditions and Muharram.

According to the Election Commission, the NA 245 Karachi by-election will now be held on August 21, 2022.

There are seven districts in the Karachi division including East, West, South, Central, Malir, Korangi, and Keamari.

The by-polls on Karachi’s NA-245 were scheduled to take place on July 27 as the seat had fallen vacant after the death of PTI MNA Aamir Liaquat Hussain.

Meanwhile, the second phase of local body elections in Sindh on July 24 has also been postponed, now it will be held on August 28, 2022.

According to a statement issued by the electoral watchdog’s spokesperson, the decision was taken based on the report of Sindh’s chief secretary and provincial election commissioner, the public’s request, and data from the meteorological department. 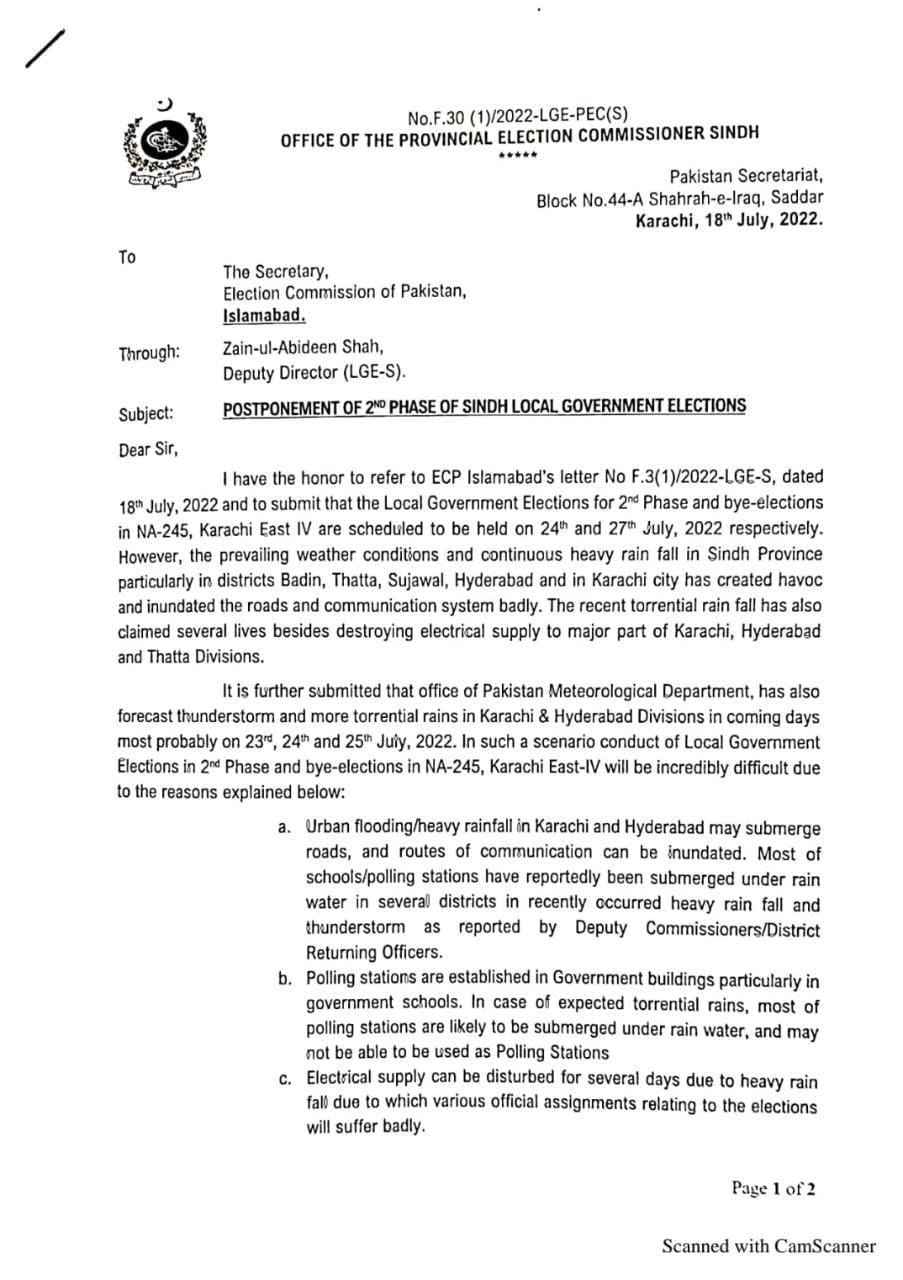 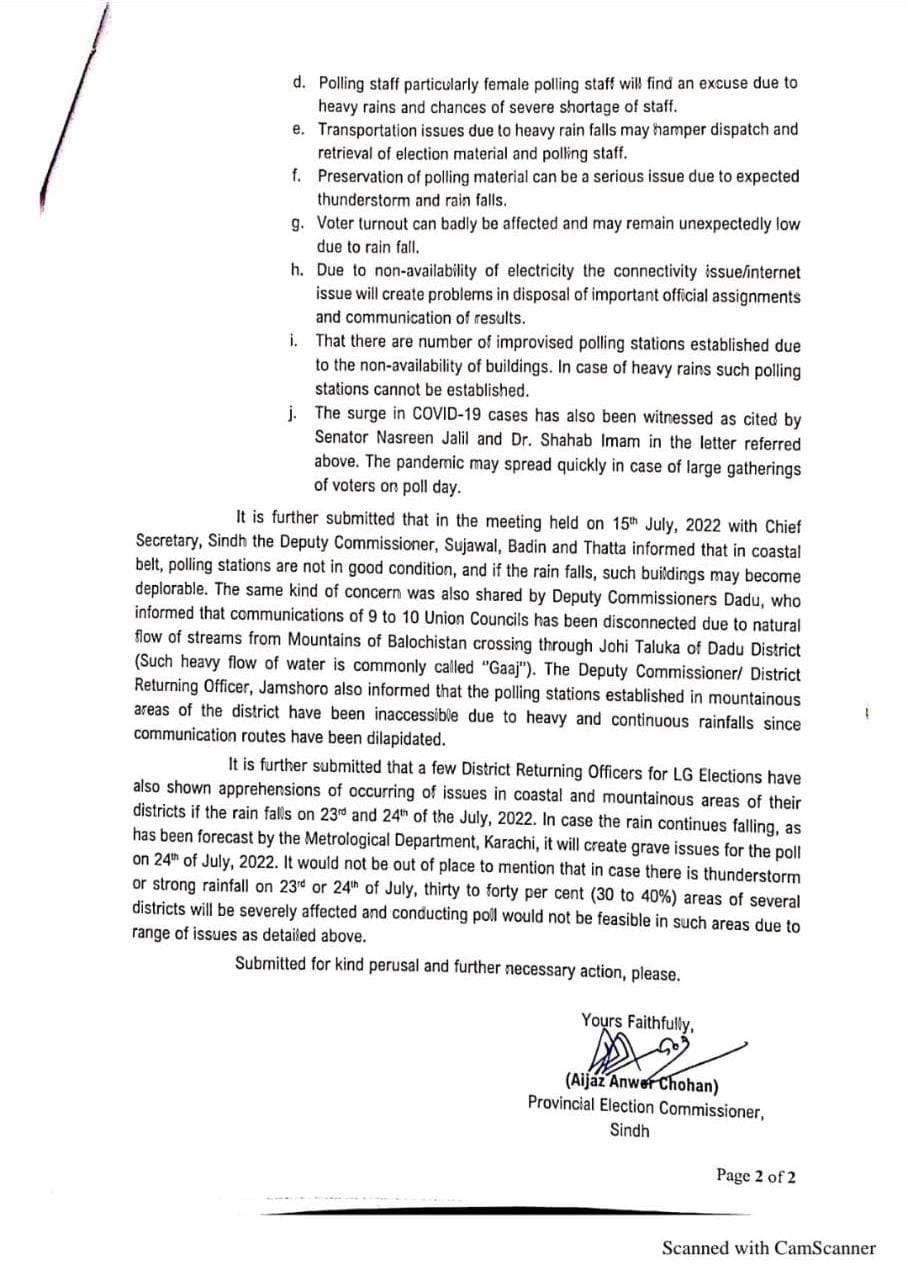 The Met department has forecast heavy rains until August 15.

tweet
Share on FacebookShare on TwitterShare on PinterestShare on Reddit
Saman SiddiquiJuly 21, 2022
the authorSaman Siddiqui
Saman Siddiqui, A freelance journalist with a Master’s Degree in Mass Communication and MS in Peace and Conflict Studies. Associated with the media industry since 2006. Experience in various capacities including Program Host, Researcher, News Producer, Documentary Making, Voice Over, Content Writing Copy Editing, and Blogging, and currently associated with OyeYeah since 2018, working as an Editor.
All posts bySaman Siddiqui