These neighborhoods have seen a rapid rise in coronavirus cases in the past two weeks. 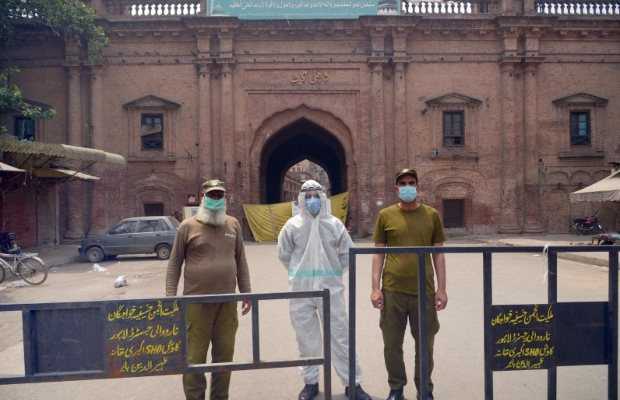 Lockdown has been imposed in areas of Lahore, Gujranwala by the government of Punjab as COVID-19 cases surge.

According to a notification by the Punjab Health Department, 17 neighborhoods in Lahore will be under lockdown till January 29. The areas include Canal View Society, Askari X, DHA, Sui as Society, and Allama Iqbal Town.

Meanwhile, in Gujranwala, three neighborhoods will be locked down till January 25.

During the smart lockdown all private and public offices, shopping malls, markets, and restaurants in the above-said areas will remain closed during this period. Furthermore, gatherings of more than five people are also banned.

According to the notification, the stores selling necessities such as grocery stores and pharmacies will only be allowed to remain open from 9 am to 7 pm. Milk shops and fish and meat shops will be open from 7 am to 7 pm.

Entry and exit to these areas will be restricted and people not living in the area won’t be allowed in.

As being reported, Gujranwala has so far confirmed 4391 cases and 106 deaths from COVID-19.

2,698,527 #coronavirus tests have been conducted in Punjab till date. The current testing capacity in the province stands at 21,515.
366 individuals have recovered from #Covid_19 in Punjab during the last 24 hrs.#WearAMaskSaveAlife #WashYourHands every 2 hours