The suspect, Usman Khan said he wanted to live his life "as a good citizen of Britain" after he was jailed on terrorism charges in 2012 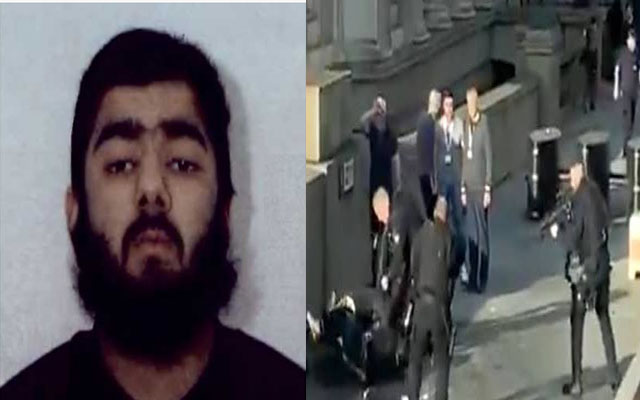 The suspect identified as Usman Khan, who was behind a terror attack on London Bridge - OyeYeah
0Share
169Views

The suspect identified as Usman Khan, who was behind a terror attack on London Bridge. He was a former prisoner convicted for terrorism offences and released last year, UK police said on Saturday.

According to the details related to London bridge attack, different reports have appeared on various international media which has seen significant contradictions.

BBC reported that Usman Khan was out on a license from prison when he carried out the attack on the London Bridge.

The British broadcaster stated that “Usman Khan was living in Stafford and in 2012 was sentenced to indeterminate detention on the grounds of public protection with a minimum jail term of eight years. However, in 2013 the sentence was overturned and Khan was sentenced for a 16-year fixed term”.

According to Guardian, Khan and was previously jailed for an al-Qaida inspired bomb plot. Scotland Yard is investigating the 28-year-old, who was known to the authorities and fitted with an electronic tag to monitor his movements.

The reports stated that Khan was allowed out a year ago after serving time for his part in a plot to blow up the London Stock Exchange.

The group of nine had been engaged in several plans, one of which involved a plot to put a pipe bomb in the London Stock Exchange.

Suspect had connections with Anjem Choudary

The Telegraph reported that the suspect Usman Khan said he wanted to live his life “as a good citizen of Britain” after he was jailed on terrorism charges in 2012.

He was released less than seven years into a 16-year prison sentence for a plot to bomb the London Stock Exchange, had Anjem Choudary’s private mobile phone number stored on his phone at the time of his initial arrest, the Henry Jackson Society (British Think Tank) has found.

After he was convicted in 2012, Khan asked his lawyer to be enrolled in a programme of deradicalisation to “prove to the authorities” that he was no longer “immature”, a letter obtained by ITV shows.

Khan was one of a series of Al Muhajiroun connected terrorists to be released over a six-month period beginning in the Autumn of 2018, reports Telegraph.

He was known to have attended a series of Al Muhajiroun protests and street stalls in the Midlands area prior to his arrest.

Before his conviction for the LSE terror plot, police had previously raided his home in Tunstall over concerns about his links to Choudary.

“Usman Khan was a loyal and integral member of Choudary’s inner-circle and we know him to have been highly regarded by Choudary,” added Telegraph.