ISPR on Tuesday announced a reshuffle in the top leadership of the Pakistan army. 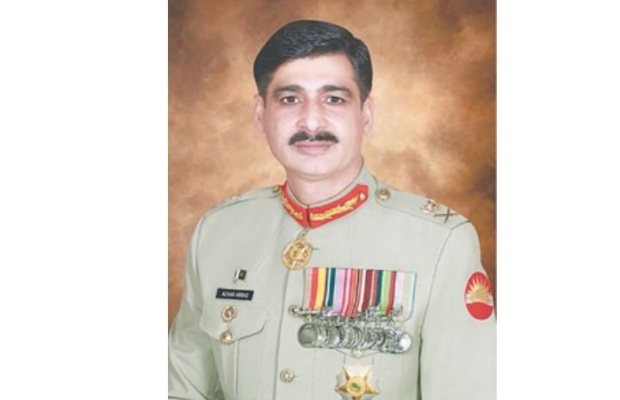 Lt Gen Azhar Abbas appointed Chief of General Staff in a major reshuffle in the top leadership of the Pakistan army.

Chief of General Staff (CGS) is the most coveted position within the Pakistan Army after that of the Chief of Army Staff (COAS).

The CGS is assigned operational and intelligence matters at the General Headquarters with directorates of Military Operations and Military Intelligence falling under his purview.

He would be the 35th CGS of the army. Lt Gen Azhar Abbas replaces Lt Gen Sahir Shamshad Mirza, who was posted out as commander of Rawalpindi-based 10 Corps — a post previously held by Gen Abbas.

Gen Abbas is from the Baloch Regiment. In past, he has served as commandant of the Infa­n­try School, Quetta, and re­­mained personal secretary [PS(C)] to the then army chief, Gen Raheel Sharif.

Furthermore, he has comma­nded a division in Murree and worked in Operations Directorate as a brigadier.

Gen Mirza is from the Sindh Regiment. He had prior to his CGS posting served as adjutant general.

Gen Ashraf was commander of Corps-II Multan and the Southern command. He is also from Frontier Force Regiment.