The notification from the Prime Minister's Office had been awaited since nearly three weeks. 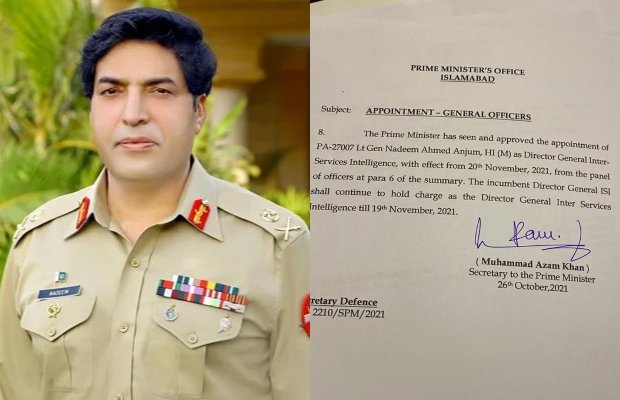 Notification of the appointment of the new DG ISI has been issued on Monday.

As being reported, Lt Gen Faiz Hameed will hold the charge as the DG ISI till November 19 while Lt Gen Nadeem Anjum will take charge of the post by November 19.

“The Prime Minister has seen and approved the appointment of Lt Gen Nadeem Ahmed Anjum, HI (M) as Director General Inter-Services Intelligence, with effect from 20th November 2021, from the panel of officers at para 6 of the summary,” reads the notification from the Prime Minister’s Office (PMO).” 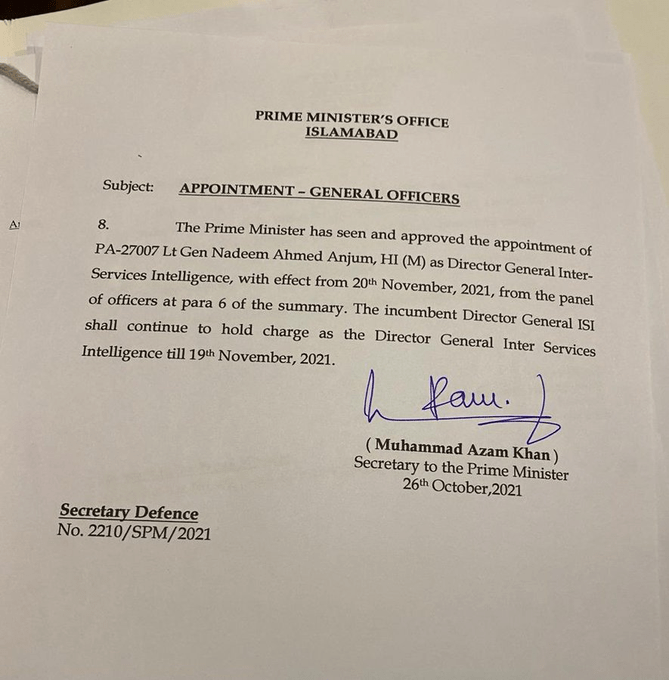 He has also attended the Royal College of Defence Studies UK and Asia Pacific Center for Security Studies Honolulu.