Lumpy skin disease does not affect or transfer to humans: Research 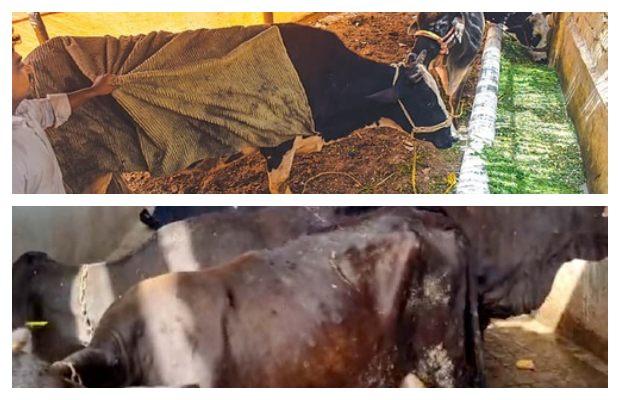 Lumpy skin disease does not affect or transfer to humans, according to the research.

Lumpy skin disease (LSD) is a disease of cattle and buffalo caused by a Capri pox virus.

The Food and Agriculture Organisation (FAO) of the United Nations in a field manual for veterinarians has said that the “lumpy skin disease does not affect humans”.

A report citing a study said that a thorough investigation showed that consuming flesh and milk of affected animals “does not transmit the illnesses to humans”.

Citizens have been suffering from anxiety and fear for weeks after the outbreak of Lumpy Skin disease in various livestock pens in urban areas of Sindh including Karachi.

Following the development, the Aga Khan University Hospital (AKUH) has clarified that the epidemic is a human disease.

In the research paper ‘Emerging Infection Alert: Lampy Scan Disease’, the organization has emphasized food safety and all appropriate precautions and recommends eating only sterile or well-boiled milk or its products and well-cooked meat.