According to the details, the hotel hosted an event called Harvest Festival Pakistan from December 3 to December 6. 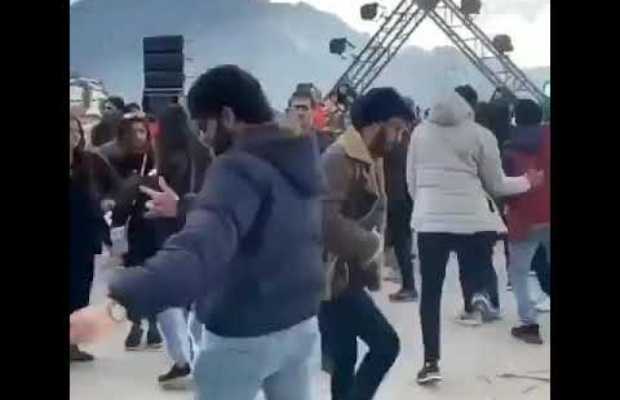 Days after the video clip from a dance party doing rounds on social media, Malam Jabba police has registered an FIR against LUMS students and hotel management for holding a dance party at the resort.

As being reported, Fazal Khan, the owner of a ski resort and hotel Frontier Tower in Malam Jabba, and manager Hasnain Ahsan were presented before a divisional magistrate on Thursday.

However, both of them were released after paying a fine of Rs40,000.

The police have initiated an inquiry after a video of young men and women dancing to loud music at the hotel went viral.

According to the details, the hotel hosted an event called Harvest Festival Pakistan from December 3 to December 6.

The owner and manager have been charged with violating coronavirus SOPs, using loudspeakers, and promoting vulgarity and obscenity,  as well as around 40 unidentified LUMS students, who have been nominated in the FIR.

The unidentified suspects have been booked under Section 294 (annoying others by singing, dancing, or uttering obscene songs, ballads, or words in a public place) of the Pakistan Penal Code and Section 33 (punishment for failing to comply with federal or provincial government’s orders) of the National Disaster Management Act, 2010.

To be noted, the FIR also includes Section 294 PPC, which deals with pornography. While people convicted under Section 33 can be imprisoned for two years.

Furthermore, the charges filed also include sections three and four of the West Pakistan Regulation and Control of Loud Speakers and Sound Amplifiers Ordinance, 1965.

According to the FIR, 30 to 40 unidentified people are missing in the case.