The statue was placed on the Churchill-laan on October 2, 1990, in honour of Gandhi’s 121st birthday. 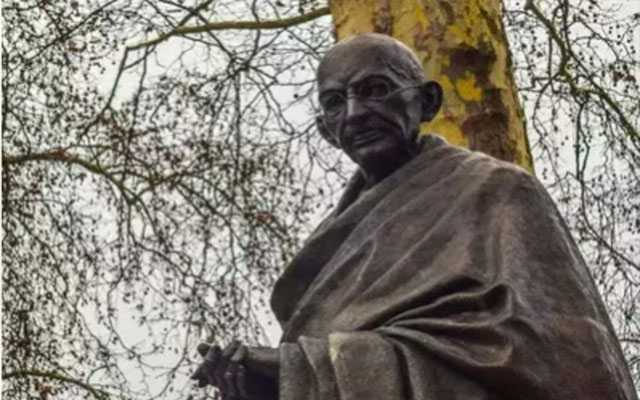 An effigy of Indian leader Mahatma Gandhi has been vandalised in Amsterdam, Netherlands, with graffiti and spray paint, Indian media reported on Thursday

According to the reports, the miscreants have not yet been identified. Gandhi’s effigy was located on the  Churchill-laan area in Amsterdam was reportedly covered with red paint with the word “racist” along with an abbreviation for an expletive chalked on its pedestal, according to the reports.

The statue was placed on the Churchill-laan on October 2, 1990, in honour of Gandhi’s 121st birthday.

The Deputy Mayor of Amsterdam Rutger Groot Wassink said the authority will file a declaration for smearing.

“It is logical that we will file a declaration, the image will be cleaned,” Wassink said.

The incident was reported by a 75-year-old man in the area who saw the effigy on Wednesday and called the municipality. “I have lived here for forty years and I have never experienced this,” the unidentified man was quoted as saying. “I have been watching the statue for years.”

Last month, Gandhi’s effigy in London and Washington DC has also been targeted for racism. These came amid the outrage following the custodial murder of a African-American, George Floyd, after he was pinned to the ground by a white police officer in the US.

The move has sparked debacle around street names and statues of colonial leaders across the world.