This master piece by Faiz titled Subh-e azadi (Dawn of Independence) become one of the most enduring pieces of writing on the Partition. 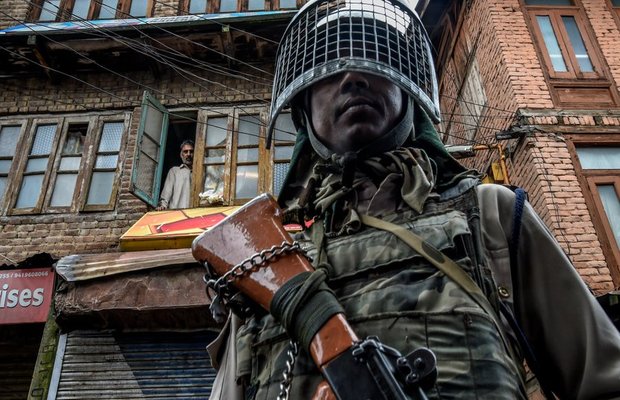 While sharing an article of the New York Times, Mahesh Bhutt expressed his sentiments by writing Faiz’s famous poetry lines, which translates as:

The poem reference which Mahesh Bhatt is used is titled Subh-e Azadi (Dawn of Independence) by Faiz has become one of the most enduring piece of writing on the Partition.

This stained light, this night-bitten dawn;
This is not that long-awaited daybreak;
This is not the dawn in whose longing,
We set out believing we would find, somewhere,
In heaven’s wide void,
The stars’ final resting place;
Somewhere the shore of night’s slow-washing tide;
Somewhere, an anchor for the ship of heartache.

The metaphors “stained light” and “night bitten dawn”, strike similarity with the current situation of the valley of Indian Occupied of Kashmir, and that could be the reason why Mahesh Bhatt has quoted this fine verse.

As per media reports the people are living under locked down conditions without any access to the outside world.

A team of activists and scholars have released a report that paints a bleak picture of India-held Kashmir, challenging government accounts that life is returning to normal amid an indefinite curfew and communications blackout imposed just before the restive region’s special status was stripped by parliament on Aug 5.

The authors of the report, including economist Jean Dreze, described the situation in India-held Kashmir as “grim” and said the clampdown had “crippled economic life” there.

The team said it travelled to towns and villages the length of the Kashmir Valley between Aug 9 and Aug 13, including southern areas that have been recent hotbeds of rebel activity.