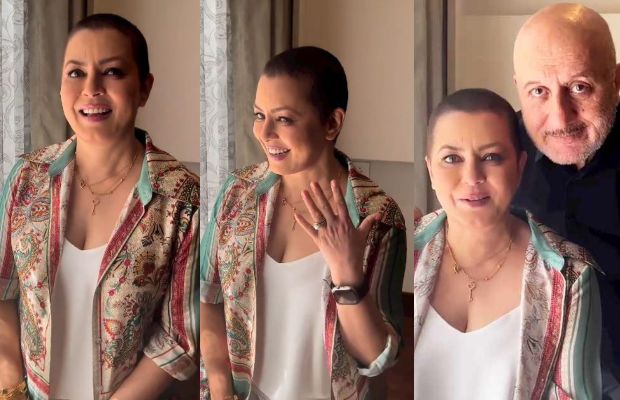 Bollywood actress Mahima Chaudhry has been diagnosed with breast cancer, it emerges today.

As reported the actress is currently in the US undergoing treatment for the ailment.

Earlier in the day, veteran Bollywood actor Anupam Kher took to Instagram to share a video of Mahima Chaudhry which revealed that she was diagnosed with breast cancer, and is receiving treatment in the US.

In an emotional video, Mahima can be seen recalling when she opened up to Kher about her cancer diagnosis when he called her to offer her a role in his movie ‘Signature’.

The ‘Pardes’ actress got emotional while recalling the day when Kher called her to do his film when she was getting treated in the hospital.

She said that she has been receiving calls to do web shows and films but she could not say yes because she had no hair.

As soon as the video was shared on social media, it received several reactions from not just fans but also many Bollywood celebrities.

Anupum Khair captioned his post by saying: Story of @mahimachaudhry1 ‘s courage and Cancer: I called #MahimaChaudhry a month back from the US to play a very important role in my 525th film #TheSignature. Our conversation turned to her discovering that she has #BreastCancer. What followed is in this candid conversation between us. Her attitude will give hope to so many women all over the world. She wanted me to be part of her disclosing it. She calls me an eternal optimist but dearest Mahima!

“You are my HERO!” Friends! Send her your love, warmth, wishes, prayers, and blessings. She is BACK on sets where she belongs. She is ready to fly. All those producers/directors out there! Here is your opportunity to tap on her brilliance! Jai ho to her!!