“As I will be unable to thank everyone individually for their good wishes I want to say how grateful I am for each and every message I have received” says Lodhi. 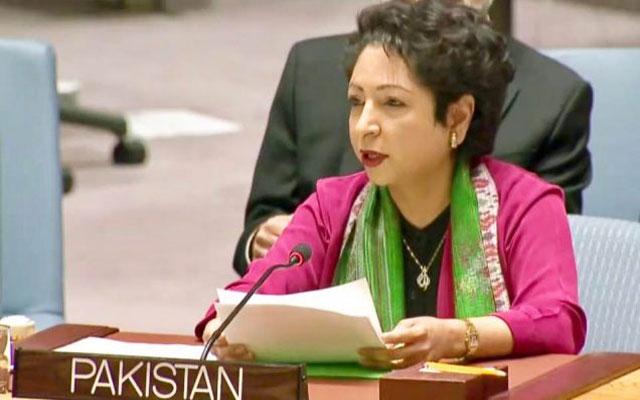 In a major reshuffle in the Ministry of Foreign Affairs, Pakistan’s envoy to UN Maleeha Lodhi bid farewell to the post and was replaced with Munir Akram as Pakistan’s Permanent Representative to the United Nations in New York on Monday.

Paying honour to the seasoned diplomat, celebrities, politicians, and people from all walks of life came in front to praise and highlight her efforts and dedication Lodhi has shown during one of the country’s top diplomatic posts.

The four and half year tenure Lodhi served was both eventful and significant in giving Pakistan a higher and more positive profile at the world’s most important multilateral organization.

“I am truly overwhelmed by the messages I am receiving on Twitter. As I will be unable to thank everyone individually for their good wishes I want to say how grateful I am for each and every message I have received. I will, as I said before, continue to serve the country,” reads the message on Lodhi’s Twitter handle while thanking everyone for the support.

She extended her special thanks to Pakistani actress Mahira Khan wrote on her Twitter lauding Lodhi’s efforts, “You have been amazing.. so glad to have worked and hung out with you through this time.”

Former Pakistan cricket team captain Shahid Afridi also lauded the unprecedented efforts of Lodhi regarding Pakistan’s diplomatic establishment. He wrote, “U have done a great job. We wish u the best of luck for ur future.”

U have done a great job.We wish u best of luck for ur future 👍 https://t.co/fRahsK8ag3

“Have to congratulate @LodhiMaleeha and her team at UNO for organizing a spectacular visit of @ImranKhanPTI it’s the teamwork that earned such huge success and praise.” He tweeted.

Have to congratulate @LodhiMaleeha and her team at UNO for organising spectacular visit of @ImranKhanPTI its the team work that earned such huge success and praise.

Dr. Maliha mentioned Special Assistant to Prime Minister Naeem ul Haq while extending her thanks, “Somehow I missed this! Thanks! I will convey to all those at the Pakistan Mission who made this possible,” she tweeted.

Somehow I missed this ! Thanks ! I will convey to all those at the Pakistan Mission who made this possible. https://t.co/6ec0H2fseA

While replying to the Foreign Minister Shah Mehmood Qureshi, Lodhi tweeted that serving the country was a great honour which she will continue to do so.

It was an honour to serve my country and I will continue to do so. https://t.co/pPVcHMofov

Thank you Shirin I look forward to serving the country in a different capacity inshallah https://t.co/sW4rpAYBXH

Thank you for that gracious message. You have a great woman Amb here who is a good friend https://t.co/ioNdkRckro