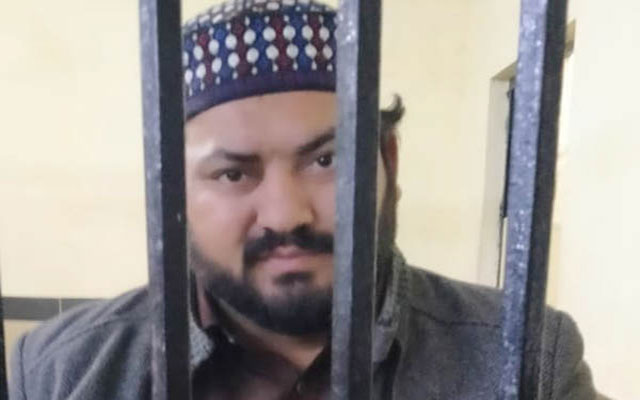 The leading suspect involved in the demonstration close a Sikh holy site in Punjab’s town of Nankana Sahib has been apprehended by the police on Sunday, the provincial government announced.

Azhar Mashwani, a spokesperson of Punjab Chief Minister Usman Buzdar, took to Twitter to announce the arrest of the agitated suspect who has used social media for the coverage of the hostile protest. The official of the provincial government said that a First Information Report (FIR) against the accused has also been lodged by the law enforcement agencies.

For those who don't know especially Sikh brothers: 7 ATA is a non bailable section under Anti Terrorism Act.#NankanaSahibhttps://t.co/czddDNYGQV

Earlier, on the wee hours of Sunday, the protesters who surrounded the Gurdwara Nankana Sahib ended their protest after a local leader of the ruling Pakistan Tehreek-e-Insaf (PTI) interfered giving assurance to investigate the police raid on Muslim boy’s home and give them justice.

The demonstrators were protesting against local police’s alleged unjust treatment saying that the said boy had married a Sikh girl after she converted to Islam three months ago. But the girl’s family had filed an FIR against him.

The protesters said that police conducted a raid on the boy’s house, arresting him and a few others and his family was allegedly tortured by them.

The protest was staged by the family and neighbours of a young man who had married the Sikh girl a few months ago.

The boy’s family also said that the girl doesn’t want to go back to her home and wants to live with her husband.

However, PTI’s local leader, Shahzad Khalid, spoke to the protesters, assuring them that justice would be provided, after which they dispersed.

Later, Prime Minister Imran Khan on Sunday while condemning the Nankana incident and said it was different from the state-sponsored oppression of minorities in India.

The prime minister, in a series of tweets, said that the Nankana incident was “against his vision and will find zero tolerance and protection from the government including police and judiciary”.