29-year-old Zohair succumbed to his injuries while being shifted to the Abbasi Shaheed Hospital. 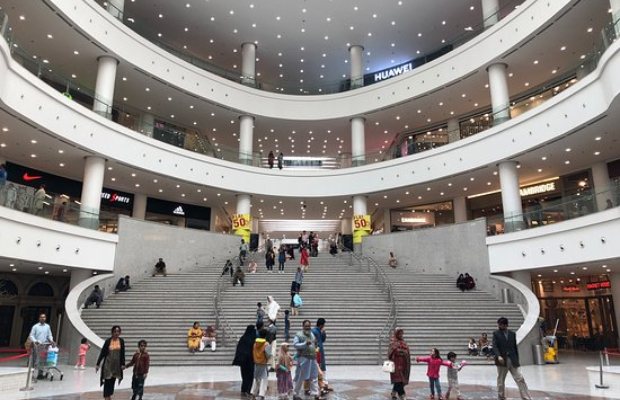 Man commits suicide by jumping from the roof of Karachi’s Lucky One Mall!

A man committed suicide by jumping off from the third floor of Lucky One Mall on Tuesday, reportedly due to unemployment.

The man was left critically injured as fell on the lower ground floor.

And later succumbed to his injuries while being shifted to the Abbasi Shaheed Hospital.

According to police sources, the deceased has been identified as 29-year-old Zohair son of Hashim.

The deceased was a father of four and a resident of Acholi, police said.

According to police, the mother of the deceased is a school teacher.

The deceased had tried to commit suicide twice before.

It is pertinent to mention here that the rising unemployment and inflation in the country have forced people to commit suicide.

The situation has reached such a stage that not only the poor workers but also the educated class is losing their jobs and lives.

On November 26, in a similar incident, Faheem Mughal, 36, an unemployed journalist had committed suicide out of frustration with unemployment and inflation in Karachi.