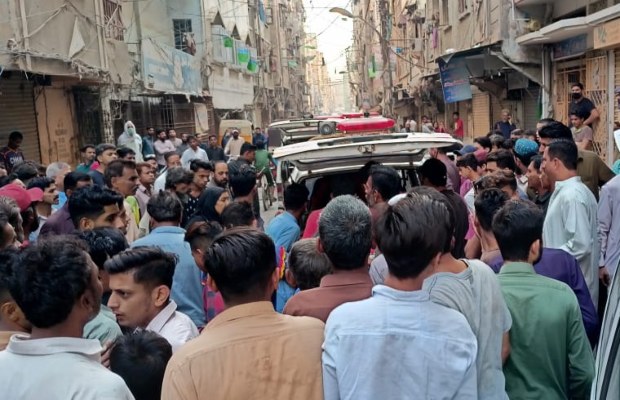 A cylinder exploded on the sixth floor of a residential building in Lyari, rescue officials said.

According to the police, the incident occurred in a multi-story building in Lyari that left one killed and six others injured including children.

According to the police, a fire broke out in the flat after the blast, which caused severe difficulties in the rescue operation.

However, the rescue team and the police in a joint operation shifted the injured to the hospital. Among them are 5 children and 2 women, while Ashfaq, 35, succumbed to his injuries.

The injured people were shifted to a nearby hospital.