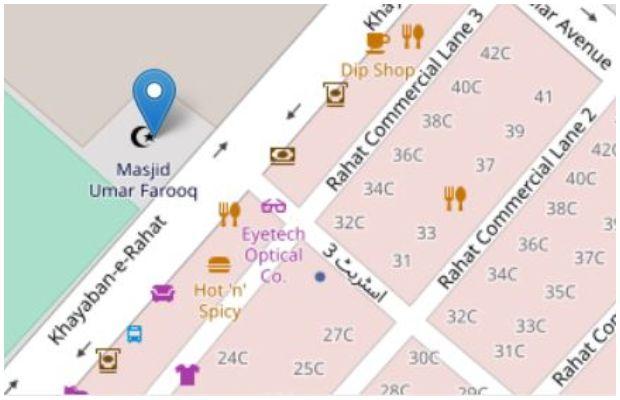 As reported the incident took place in Masjid-e-Umar Farooq in Defense Khayaban Rahat Phase 6 of Karachi.

According to the police, in an initial statement of the injured person taken to the hospital, the reason for the attempted suicide is anxiety.

The hospital authorities said that the injured person appeared to be possibly a psychiatric patient.


Following the incident, the Police took statements from the mosque administration. the incident took place immediately after the Friday prayer.

Azizur Rehman, the mosque’s muezzin, told the police that when the salam for Friday prayers was offered, there was a noise,

“I was in the first row and Babar was in the seventh row, this person was sitting on a chair and was bleeding,” he said, adding that Babar had cut his throat with a razor.

Meanwhile, the son of the injured man and the policemen came and took him to the hospital.

Muezzin added that the injured person used to regularly come to the mosque for prayers.

SSP South Asad Raza said that the injured Babar is associated with the textile profession and the person is suffering from depression.

In this regard, the family members of the injured person told that the injured Babar has three sons and two daughters, one daughter is in Dubai, the son is in Islamabad, and he is not burdened with debt nor does Babar have any psychological problem.